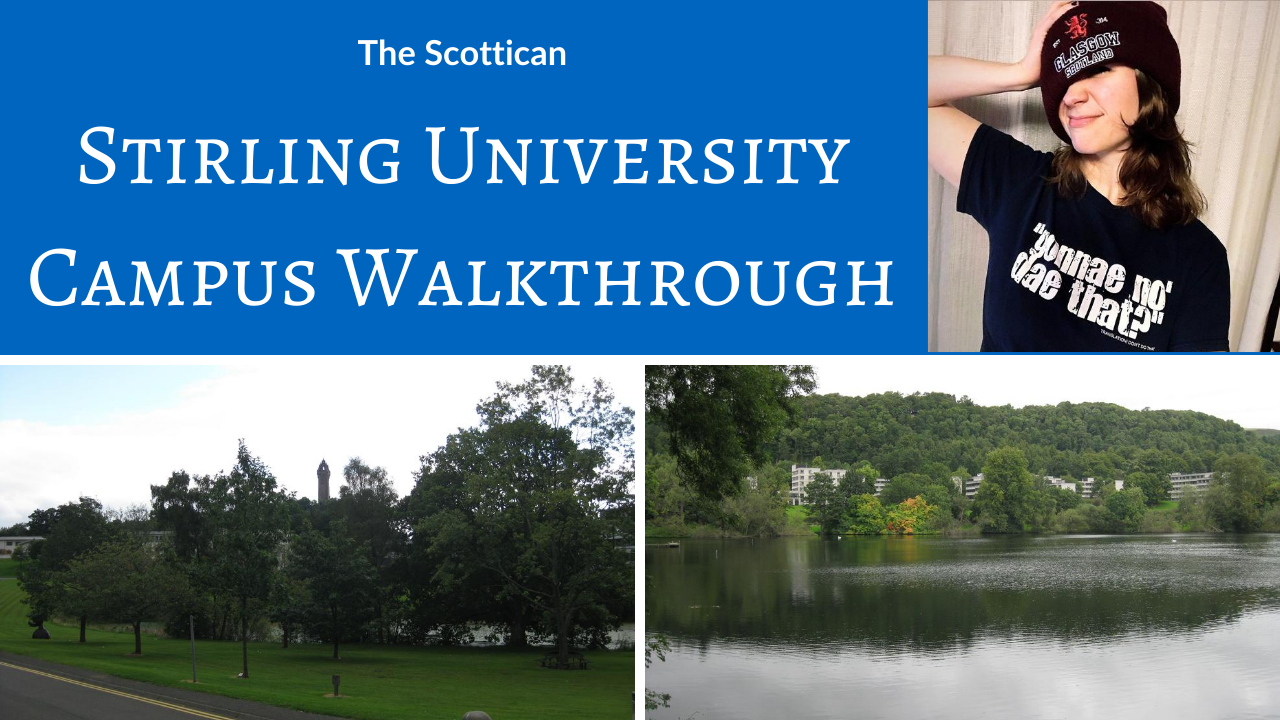 I’ve been looking through my old pictures from my time in Scotland in 2012. In addition to finding some great shots of the country, I found some videos I’d taken as well.

So I decided to sync together four short videos of my walk to Stirling University and the campus. I thought it was a fun way to show family where I lived in Scotland. It’s not long, but it gives you a wee view of Stirling.

The video starts on the main street that connects Bridge of Allan to the University of Stirling. As I wrote about in My Time in Stirling Scotland, I lived in Bridge of Allan and was able to walk to campus everyday. Doing the walking allowed me to see some of the great sights every day—well, except when the fog was heavy.

But as you see in the video, there’s a dairy farm along the road. Way out in the distance, you can see Stirling Castle. And straight ahead is the Wallace Monument.

On campus, I show the Pathfoot building, which was where I attended most of my classes. Then I pop by Airthrey Loch to show off the view and the swans. By the way, leave the swans alone! We were warned that they can sometimes be aggressive.

The nighttime view isn’t that great, but I think it shows two things. First, it shows the Wallace Monument and Stirling Castle at night. And second, it show how dark it got so early—and it was only November!

The footage isn’t the best compared to today, but it was 2012; I worked with what I had. Back then, I had no idea this website was in my future!

I’ll still say it: there’s nothing like that view of the Wallace Monument every morning.