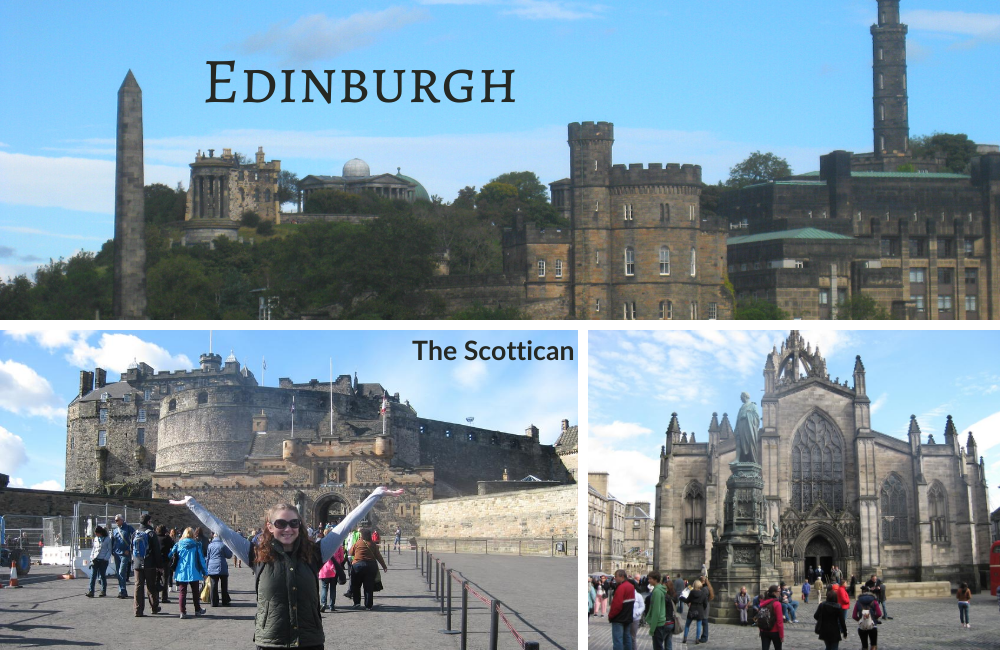 I’ll admit I’ve been a little biased on this website. I’ve talked quite a bit about Glasgow, different places to see there, and my own falling in love with it. But I haven’t really given Edinburgh her fair entry—and I’m a little worried this entry won’t do it justice.

Because a) I don’t know that I have enough pictures of Edinburgh and b) I don’t go into Edinburgh often.

In my defense, when I first went to Scotland, I did not anticipate that seven years later, I’d be making this website—so my collection of Edinburgh photos is scarce from then. Even this year, I didn’t anticipate a lockdown that would keep us all unable to travel for so long.

All this rambling to say, I feel unprepared to talk about Scotland’s capital. But I’m going do my best to do this city justice with the few snapshots I have.

Edinburgh is a beautiful city, filled with history and scenery that looks like something out of fantastic history book. Before I went to Scotland, I would admire pictures of Edinburgh castle, sitting high up on her hill. When I went there for the first time, I remember being awestruck by the rest of the city.

There is such a wonderful combination of new and old alive in Edinburgh. This is not just a metaphor. Edinburgh’s city centre is broken up into Old Town and New Town.

When you daydream about Edinburgh, it’s likely Old Town that you envision in your head. That’s the part of the city that genuinely looks like an ancient city, with cobblestone roads, rows of buildings all connected, and a castle overlooking it all.

Also known as the Royal Mile, the Main Street of Edinburgh Old Town is where you can walk on those stone roads and admire the rows of old buildings—many of which are occupied by shops and cafes, so you can spend plenty of time in Old Town.

In addition to the castle, there are plenty of things to see in this area of Edinburgh. Camera Obscura and World of Illusions, the Writers’ Museum, and St. Giles Cathedral are just a handful of suggestions.

Though as an American, I have to say even New Town has a touch of the old world to it. Perhaps it’s that Scotland itself is vastly older than the United States, but walking through the streets of new town still feels like I’m in an old world. Cities in the US can have that same old feel, but it’s very different. I don’t quite know how to describe it; I think it’s something that needs to be experienced.

But New Town opens you open to the modern shops and restaurants. But it’s also where the Sir Walter Scott Monument is located, so once you’re finished grabbing your Starbucks, you’ll be mentally prepared for that climb!

Arthur’s Seat is a hill just outside the main part of city centre, but great for a visit if you have a beautiful day. It’s about a mile away from Edinburgh Castle, and it’s actually an extinct volcano.

If you climb to the top, you’ll have great views overlooking the city. Do remember that Scottish hills are what we Americans would consider mountains, but Arthur’s Seat is a relatively easy climb compared to others. It’s well-worth the effort, but wear good shoes and comfortable clothing.

In my To Scotland book, one of the final stories is the climb to the top of Arthur’s Seat. In that, I include several pictures of the views, as well as detailing just how great it felt to reach the top after the struggle of the climb.

Calton Hill is another popular destination in Edinburgh, though sadly I don’t have too many good photos of it. It can be see from some of my shots from atop the Scott Monument; you’ll know it for the Parthenon looking monument atop it—that’s the National Monument! This hill is home to many other monuments as well, but also open enough to host the Fire Festival at the start of May every year.

I’ve only been to Calton Hill once and that was in 2018 for the Beltane Fire Festival—and even that, I don’t really have good pictures of. It was dark and my camera didn’t take good photos. Plus, there were so many people there, it was difficult to take pictures of anything but heads. But someday I’ll go back and do a good report on it with better pictures; I’m a Druid after all, so a Beltane or Samhain festival is right up my alley!