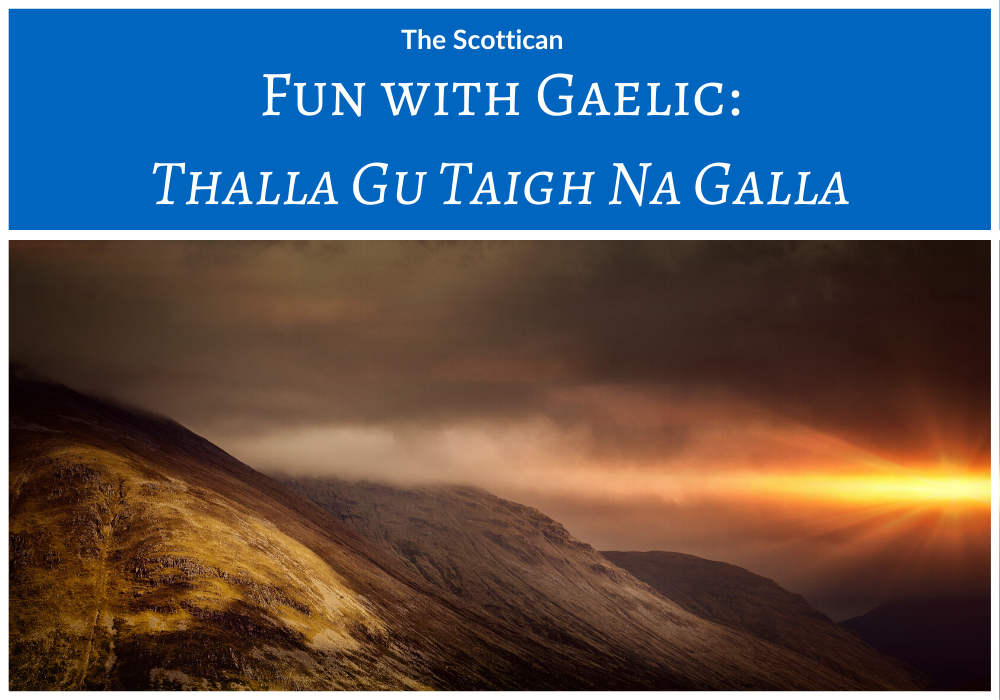 It’s been a hot minute since I shared any Gaelic with ya’ll, so we’re overdue.

And what do I do when I’m overdue?

Tell you how to curse in Gaelic, apparently.

Thalla gu taigh na galla is a full Gaelic phrase, and it means “go to hell”—or literally: “go to the house of the bitch”. Gaelic don’t mess around.

Thalla is a word you might be familiar with if you do Gaelic Duolingo. I’ve seen it pop up there a few times in later lessons. Thalla on its own means “go away”.

Taigh is another common Gaelic word—and, again, you’ve probably heard it in Gaelic Duolingo. It’s the word for “house”.

So from thalla and taigh, you can see where we get the “go” and “house” in the statement: go to the house of the bitch. I bet you can guess which word means “bitch”!

Now, if you don’t familiarity with Gaelic, I’ll show you how to pronounce this.