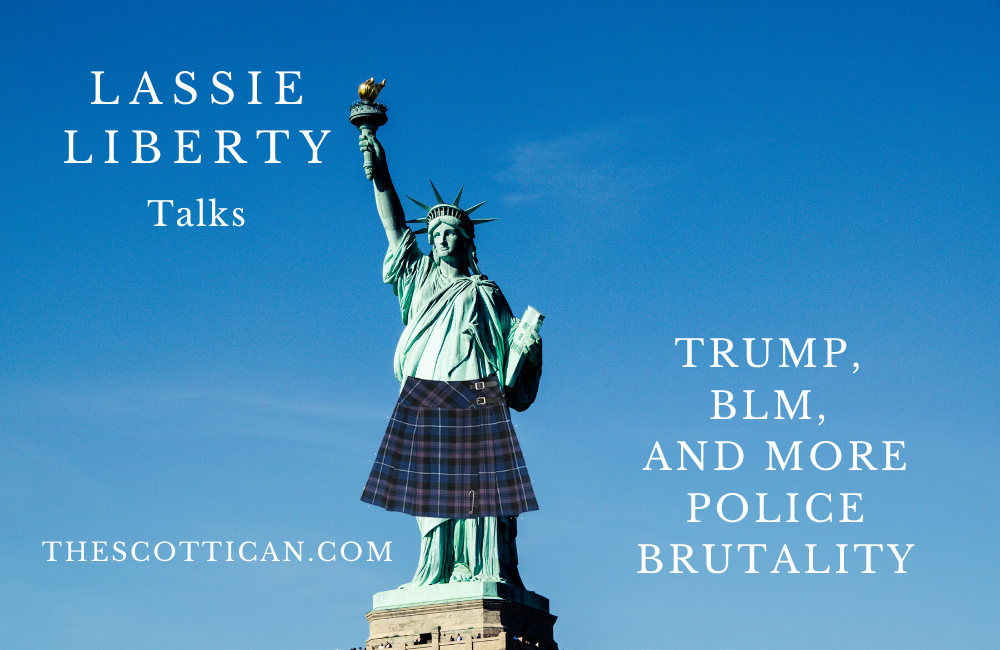 I’m not a Trump fan. I have never been. Not when he was a reality TV show star, and not as a multi-millionaire. Because I didn’t like him as a person before, I don’t care for him as president. Simply because I don’t like him.

I won’t go into all the details of this, but one reason is that his mentality has always come across as selfish to me. While I can understand the need to be selfish on occasions—hey, if we don’t take care of ourselves, no one else will—I’ve seen a significant lack of interest or care for people or situations outside of his pay grade.

And that’s a problem when you’re the president because you’re meant to be a leader for all people. Americans are not just rich, white, Christian men, so you cannot just validate them and their issues, and proclaim that you’re “for the people”. That mentality ignores all other Americans.

Right now, I’m bothered by all the evidence that shows Trump’s discrimination against American citizens. I can’t support a leader who praises some citizens, while insisting on violence against others.

This entry, I’m just focusing on the epidemic and the protests following that, and now the Black Lives Matter protests.

During the COVID-19 lockdown, people began to get overwhelmed and wanted to go back out into the world. I get that. For most people, it’s incredibly hard to stay locked in your homes and feel so uncertain in the world. Of course, I understand why people were struggling.

But watching people abandon all caution for a protest that was about this pandemic in the first place felt like spitting in the face of everyone who’d been sick or died from coronavirus. The entire protest was about wanting to open the country back up again, but there were so many protesters proved they wouldn’t even wear masks.

I won’t deny the people’s right to protest, but there had to be a better way to make your voice heard rather than risking yourselves and everyone else that needed to be out in the world—especially when the protest was about that very issue.

In regards to Trump: I saw praise for these people and their actions. I didn’t see concern from him despite the fact the entire world was still struggling with COVID-19, and America was dealing with the worst virus numbers in the world. He praised them and told governments to work with the people—that they were good people who just wanted their livelihood back.

But perhaps he only had praise because he saw so many carrying Trump banners and flags.

As I write this, I’ve seen a weekend’s worth of protests, riots, and more evidence of police brutality. Continuing to write this later in the week has only increasing the things I’ve seen and read. I said in my entry from last Sunday on Police Brutality and Black Lives Matter that I understand why it has come to this. I think fellow Americans need to understand, feel, acknowledge what has been happening in this country and why people are angry and hurt and want to see change.

To this day, I’ve heard very little from Trump about George Floyd and his death. He uttered George Floyd’s name in order to shame protesters—calling them “thugs”. As of 5 June, he mentioned Floyd’s name again, but only to stroke his own ego in regards to the economy. AP News: Citing jobs, Trump claims victory over virus.

When you have a president that can’t even acknowledge the wrongful death—the murder—of one of your citizens, and the only time you can mention the victim’s name is to shame others, that speaks volumes to your agenda and your beliefs of your citizens.

But it’s equally telling what his beliefs about the citizens are when you look at his reaction to the first protest, mentioned above, and this one. This one, there’s been no encouragement to people or governments; there’s been no calls for compromise or talk. There has just been condemnation, insult-hurling, and more calls for “domination” while he called governors weak. His attitude and response has led to only more division and more brutality.

Trump, instead of trying to open up talks or even attempt to talk about resolution, has just resorted to going to war with the American people by demanding more brutality.

It has gotten to this point because no one has listened or done anything to provide justice for the black community. They are Americans too and they should not be having to live in fear for their lives.

The solution isn’t to make our police forces even more militarized. There’s too many officers who let power like that go to their heads, and believe they’re above the law. Who start thinking they’re actually soldiers in a war, and the citizens are the enemies. We’ve seen more evidence of that than we need to.

Further, continuously idolizing violence as a means for solution is another way to control the people, and remove their rights. Shooting rubber bullets and tear gassing peaceful protesters is a means to control them and shut their causes down.

The fact that this is being encouraged by the president of the nation that brags about freedom is very worrisome.