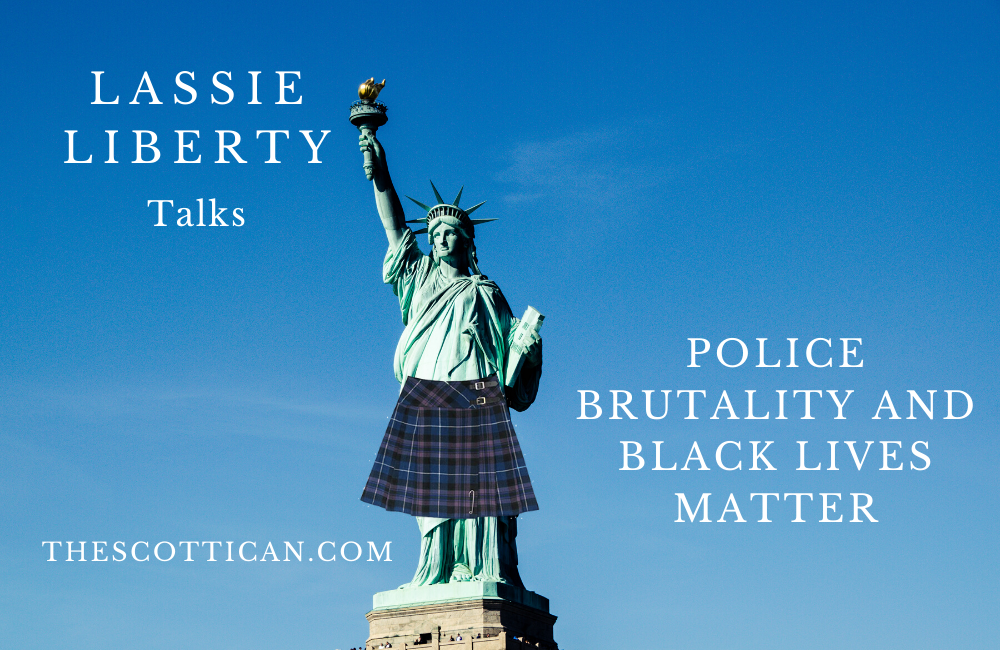 This entry should have been posted yesterday. But I’ve been processing a lot. Hell, I’m still processing a lot of the shit I’m seeing, reading, and hearing about. I hope I am able to write clearly and fairly.

Everything that has happened in the span of a week is utterly shocking. From the tragic and completely unwarranted death of George Floyd to the reactions of those angered and hurt, demanding justice.

How could you not want justice? The descriptions alone of what happened are enough to haunt you.

And it should not have happened. Even with a coroner’s report saying that other causes could be at play for his death, no one’s neck is meant to withstand a full-grown man kneeling on it for 10 minutes.

There was no reason for that amount of force. It is horrifying to think that someone in the police force, someone meant to protect and serve, was capable of that level of cruelty.

And people are sick of it.

I’m not a “violence” person. I, as I imagine most do, abhor it. But I understand where this comes from. The different levels of peaceful protests have gone unheard, unanswered, or mocked. Kneel during the national anthem, and people say you’re anti-American. March in the streets, and people say you’re disrupting others. You write, you talk, you open up, and you go unheard.

So how else were the people meant to respond? When every other instance of trying to be heard has been silenced? People are sick of their voices, their stories, their people—their brothers and sisters—being subjected to violence at the hands of those meant to protect. And none of the attempts to make the world more aware of it have opened eyes or ears.

Where else are people meant to turn?

Or would you rather they simply stop talking?

Would you rather people remove their voices altogether? Should they just change their ways every single time someone else dies and accept things the way they are?

Is that really the world we want to live in?

Because one of the things that we, as Americans, are meant to have is freedom. People brag about it all the time. They insist that that’s the big thing that makes America great.

What’s happening right now is the voice of people who have gone abused and unheard making their voices louder. If every single attempt to speak or send a peaceful message has gone unanswered, then the voice changes. It becomes angry. And the anger is justified. How much has to happen to one community before the system changes?

If you’re an American, you cannot tell them to silence themselves again. To do that is un-American. What is the point of freedom if you are not also free to demand better for all people?

As I said above, I hate violence. But I also hate what happened to George Floyd. I hate that it continues to happen to so many people of color. I hate that we still live in a world where shit like this continues.

If this is what it has come to, that our own blindness to the pain and lives of fellow Americans has led to this, then we deserve to see it. Desperation is an ugly face, but we can’t keep closing our eyes to it.

What I continue to look for is the good.

The police officers who stand with the people. The stories of protestors letting cars through to get to hospitals. The businesses that stand by citizens in the face of injustice. The hugs and embraces in moments of pain.

That is a world I want to see more of. Those are the stories that give me some level of hope in a scary world.

So that’s what I’ll continue to watch for in these times, while I continue to hope for justice for all (as the pledge of allegiance says).

The matter of a few hours has changed a lot of things. I am finding myself so mentally overwhelmed that I think drinking tonight is a requirement.

A second coroner’s report states that George Floyd died to asphyxiation due to sustained pressure on the neck and back. Which is not a surprise. I noted it in the above entry last night when I posted this that it didn’t matter what other additions the first coroner mentioned. You kneel on a person’s neck, you’ll either break it or cut off the air supply; combine that with others kneeling on the person’s back to push air out of the lungs—who’s meant to survive that?

Trump is demanding even more brutality in an effort to get the protesters back in line, despite the fact it was an instance of police brutality that brought us to this state. That is something I’ve started writing separate entry about.

And I’ve been heartbroken to see reports on Twitter that some of these images of officers walking with protesters or kneeling might not be valid. Some say that immediately after the pictures were taken is when officers began beating citizens.

I want to be able to comment on the different reports I’ve seen on violence. I’m seeing so many different reports and stories about each. One says that the violence is instigated by police officers; others say it’s the protesters; still it’s others that insist white supremacists dressing up as ANTIFA to make the cause look bad.

I’m trying to read up on what I can, but I’m at a point where I’m starting to feel physically ill. I have to stop reading for the night, and I have to walk away from this entry. Otherwise, I will continue to just edit and edit, and I don’t know if that takes away from the entry itself.

One more update, but not my own words. Former president Barack Obama said it so beautifully and eloquently. My sentiments are the same, though I admit perhaps not as well articulated. (Click to read the entire piece. It’s worth it.)