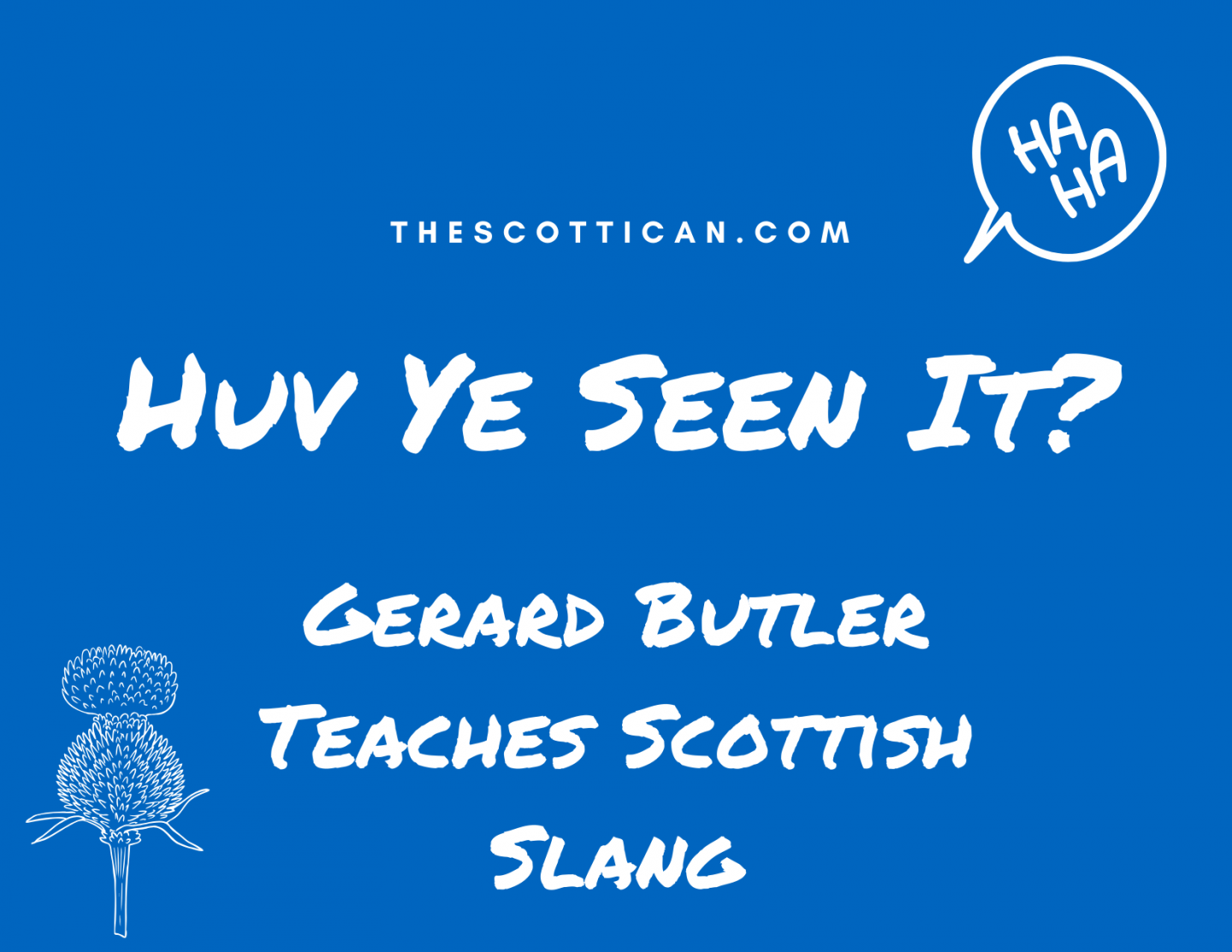 Well, since earlier this week, I decided to give you a few Scots words you should know, I thought it was a good time to share a video of Scottish actor Gerard Butler talking about some Scottish slang as well. It’s been a while since we had a Huv Ye Seen It entry, so it seems fitting!

This is a video that made the rounds a couple of years ago, and it’s a cute one. There’s a lot of good Scottish words and phrases in this video. Some of my favorites are: gaun yersel, bonnie, and scran.

Jobby is also a great one because it’s one that not a lot of people know, and then they’ll go say things like, “oh how’s the jobby going”, as in how’s the job, but jobby in Scotland is poop—so that same question then becomes “how’s your shit going?”

Luckily, there’s not a lot of overlap with the words that I shared on Monday, so it’s a new opportunity to learn some more Scots!