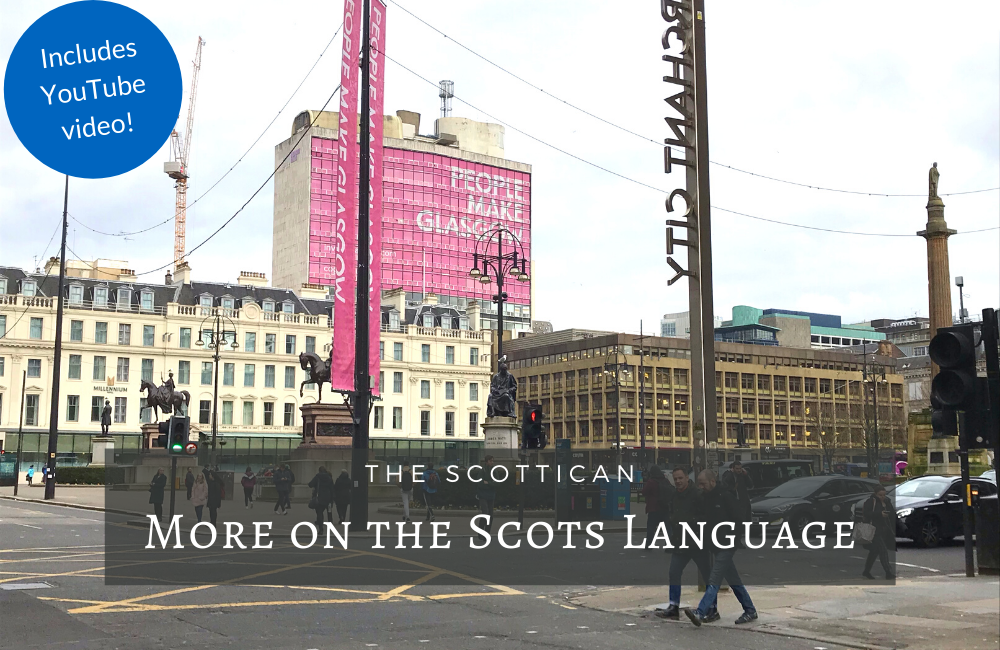 That’s right, we haven’t finished yet! I’ve decided I’m making this week all about Scots words and the language itself. I’m currently taking the Scots Language free online course with the Open University. It’s a great course for those who are interested in all things Scotland. You’ll learn about the Scots language through learning about Scotland and its history and culture. It’s also totally free and you can go at your own pace.

So today I thought I’d drop a bit more knowledge on Scots—not on different Scots words, but actually on the language itself! And instead of writing it, I’ve made a YouTube video, which I hope people will find a little more engaging.

BUT THAT’S NOT ALL!

I’ve also made the infographic below to hit ya’ll with some quick facts about Scots in case you can’t watch the video just yet.

SO MUCH SCOTS, SO LITTLE TIME