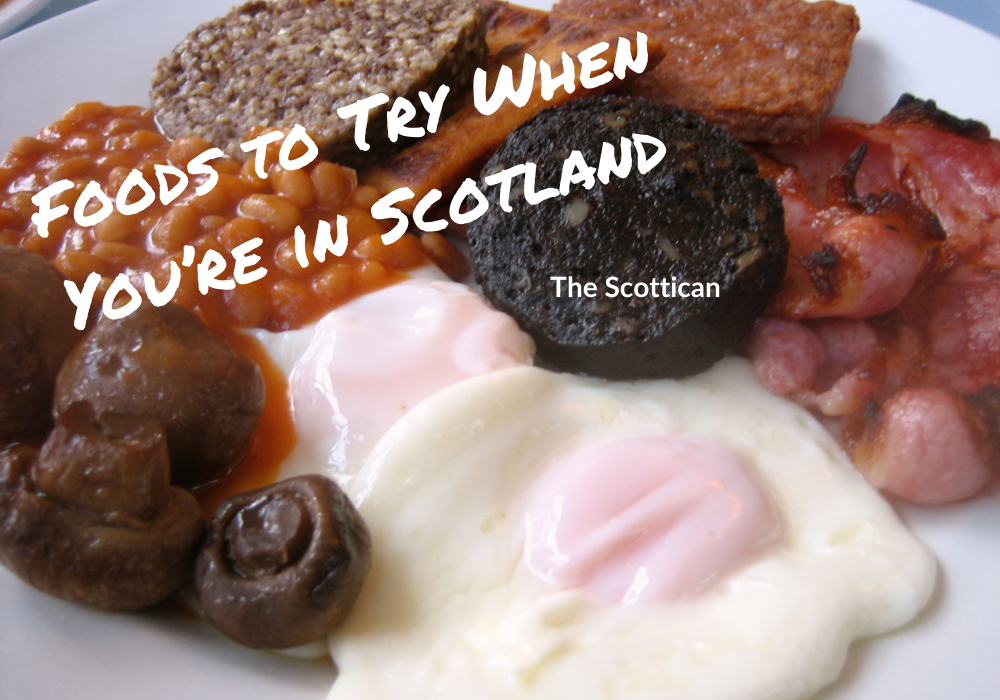 But if you’re heading towards Scotland at some point, obviously you should try some of the cuisine there. So I’ve made a list that includes: foods that I enjoy eating while there and typical Scottish foods that basically stand for “When in Scotland…”

As a rule, I only only included foods I have tried myself, but I may write an entry of foods I haven’t tried yet—because there are a few!

Why haven’t I tried them?

1) I want to make sure it’s good food and not a microwavable meal that I get simply to try it; but 2) when I make some time to go out to dinner, I just want to get food I know I’ll like. I’ll get there, I promise.

I am including foods or meals that have meat in them. I understand that many might not be meat-eaters, but I feel I’d be wrong to not include them when some are staples of Scottish cuisine.

Did you think this wouldn’t appear on this list?

I mean, it’s HAGGIS. It the unofficial national food of Scotland—of course, you must try it!

If the taste is what worries you, honestly don’t be too put off by the ingredients. Haggis really tastes like just what it is: spiced meat. In the times that have had haggis, I’ve had it as a sort of mince meat; it worked well on a roll, like a Sloppy Joe for those who are familiar with that. Other times, as with a Scottish Breakfast, it comes in a small, circular piece, where the meat can still have that mince-meat-like consistency, but is wrapped to keep it cylindrical.

They also do have vegetarian haggis, though the only time I’ve seen it is in a can, and honestly haggis in a can is… well, not a recommendation of mine.

Okay, this is a trick one because Lurpak is butter.

It’s also cheating because it’s not Scottish; it’s Danish. But I only get to have it when I’m in Scotland, so that’s why I’m listing it here. (I did say this is an entry about foods I’m missing right now, and I am missing good quality butter!)

A thick, round morning roll with a healthy serving of Lurpak? *kisses fingers* Ahm pure gaggin fer it.

Again, this is one of those “when you’re in Scotland” meals you should give a try. It’s hearty, it’s filling, and it’s damn good. What you get in a full Scottish breakfast may depend on where you go for it, but typically you’ll find some, if not most, of the following in yours:

That is a daunting list, to be sure, but again when you have your own Scottish breakfast, it might only be a few of those. When I take my friend out for breakfast after getting picked up from the airport, we both usually get Scottish breakfasts, and it usually just has eggs, beans, bacon, Lorne sausage, and tattie scones. With a cup of tea to go with it? Perfection.

Now, there are two bits on that list I want to call out especially, as people might not know what they are, but again you should really try them during your own Scottish expedition.

As mentioned in my Blindfolded Taste Test YouTube video, Lorne sausage is a square sausage. It doesn’t have a casing like normal sausage, but it is in a square and the perfect size to fit on a roll or sandwich bread, which is one thing that make it great. The other thing is it just tastes good.

It’s really hard to describe why Lorne sausage is unique because it’s quite simply that it’s square and it’s good—and I don’t know many other places that have caught onto square sausages. You’d think it’d be obvious!

Tattie Scones were also mentioned in the Blindfolded Taste Test video, but we didn’t give much of a description of them. They’re awesome. I really don’t think I need to say anything more than that.

But, of course, I will. Tattie Scones are similar to potato pancakes, but the potatoes are boiled rather than shredded, and blended with butter and flour really well, so that there are no chunks or anything of the like. Heated on a pan with some butter (or oil, if that’s your preference) is a tasty and comforting start to the day. (Well, my day anyway)

If you’re looking for something a little bit lighter for breakfast, then you can’t go wrong with a bowl of porridge—or parritch, as you might hear Jamie Fraser refer to it.

The reason foods made of oats is very popular in Scotland is actually because of the agriculture of the area. Wheat and grains didn’t grow very well in Scotland due to the climate, but oats have done well. This is why you see oatcakes and porridge as a common and popular comfort food.

Porridge is traditionally made with milk and there’s an ongoing debate over which way to have your porridge: with salt or with sugar. Maybe next time you’re around, give both a try and see which you prefer!

I think I’ve had tablet only once while in Scotland, but I do think it’s definitely something worth trying.

Tablet is a type of confectionary and has a similar consistency and look of fudge (or at least the ones I’ve had). It’s made up of sugar, condensed milk, and butter, and can sometimes have a whisky flavor added it it.

It’s a very Scottish treat, but also very sweet and sugary, so be careful if you have issues with that!