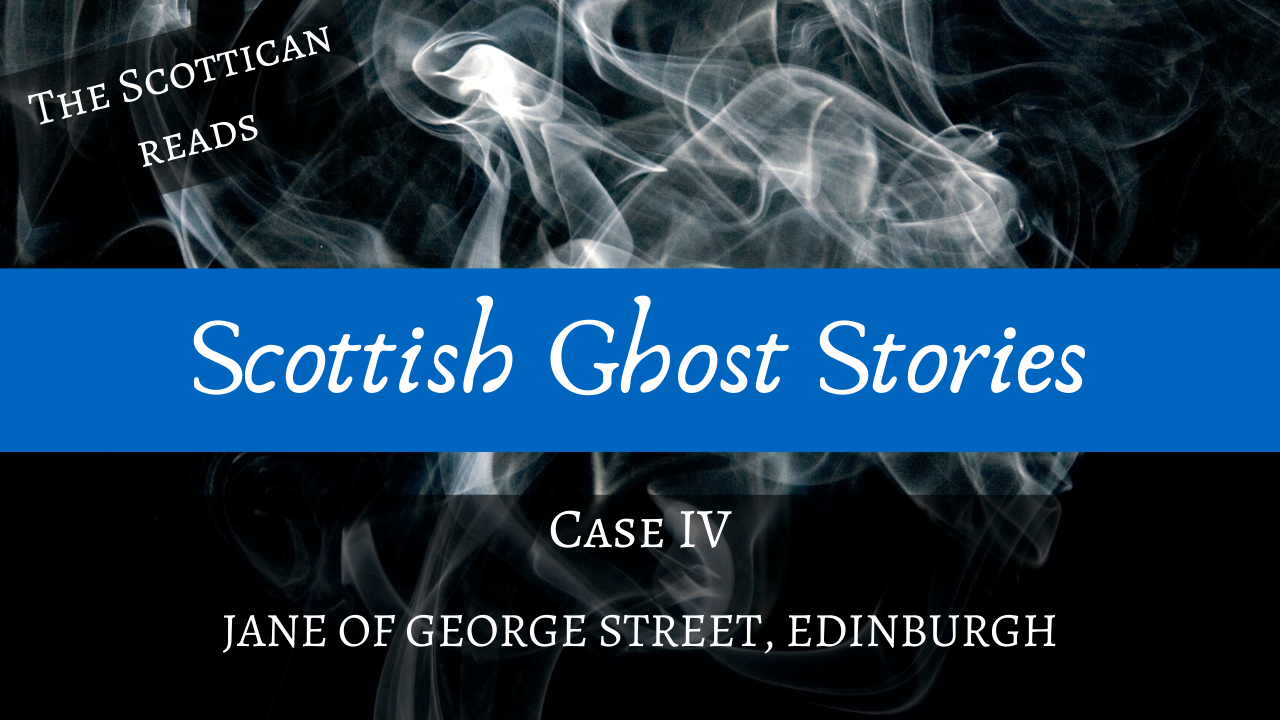 That’s right—we have a total of THREE new Scottish Ghost Stories up this week for your listening pleasure!

This story is called “Jane of George Street, Edinburgh”—and, as the title notes, is about a ghost named Jane who haunt George Street in Edinburgh.

As usual, I’ve added some pop-up comments during the editing stage, though I think this time, I managed to keep cursing and inappropriate jokes at bay (I know, you’re heartbroken).

Thanks to everyone who’s given these a wee listen! These are fun to make, but, man, are they time-consuming. And it’s not just the recording, but all the editing going into it too. I have full respect for full-time YouTubers who are making and editing all their own content.