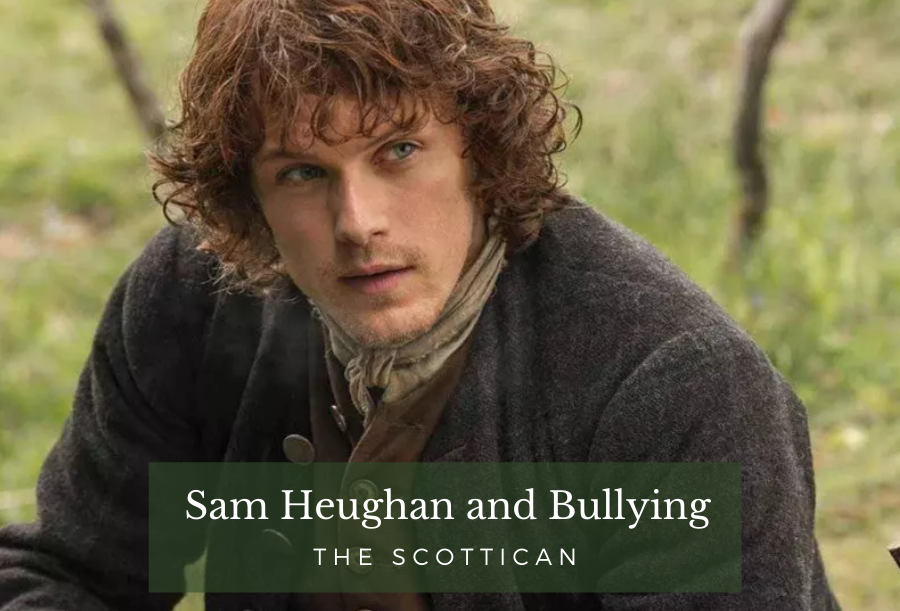 I’ve been seeing notifications and news reports on this recently. Though I’m not a big fan of Outlander these days—I only watched through season 3 and that was within the past year—I’m utterly shocked and saddened to hear that there are those that are bullying and threatening Sam Heughan, even going so far as to stalk his family, friends, and loved ones.

I personally do not know him. I’m still not very good at being active on Twitter, which he seems to be on a lot, so I don’t even engage with him there often. But he’s always seemed like a genuinely decent guy. He’s done bake-offs with fans during this quarantine, and even before this, I saw him encouraging people to exercise, which he very much dedicated to in his own life.

Basically, the few things I’ve seen in regards to him seem very positive. He’s comes across very kind and caring. And he actually attempts to engage with fans, which many celebrities don’t often do.

And the times that I’ve seen anything negative seem to come from followers of his who expect him to be the character he plays. He’ll express an opinion on something, and people will immediately turn on him, insisting that they don’t need to watch the show. They’ll still love the character in the book.

I feel the need to say: Actors are not who they portray on TV, no matter how much you may love that character. Sam Heughan should only ever be expected to be Sam Heughan when he’s off of filming. He cannot and should not be expected to live up to Jamie Fraser outside of the television. That would be impossible.

Jamie Fraser is a beautiful and wonderful fantasy, but you cannot ask the actor to be him at all times. That takes away Sam’s right to be himself. And just the same way you are not the same person at your job as you are at home, he deserves that right, too.

And if who he is outside of the show bothers you, you have the choice to not follow him outside the show. He deserves the right to peace and respectful behavior from others, as do we all. No one—no matter what your beliefs or ideas of that person or their own beliefs are—deserves to be harassed, stalked, bullied, threatened, or have their or their loved ones’ personal information leaked.

Love Sam Heughan because he is a great actor and has done a phenomenal job bringing Jamie Fraser to life. But don’t ask him to be Jamie all the time. Don’t expect him to live up to your own expectations. At the end of the day, he is still a human being, just like you and I. He deserves the rights and respects we all ask for.

Despite all this, he still seems willing to engage with fans and I do hope that this experience hasn’t made him wary of that because it does seem like more people love and support him, and I hope that outweighs this negative experience for him.