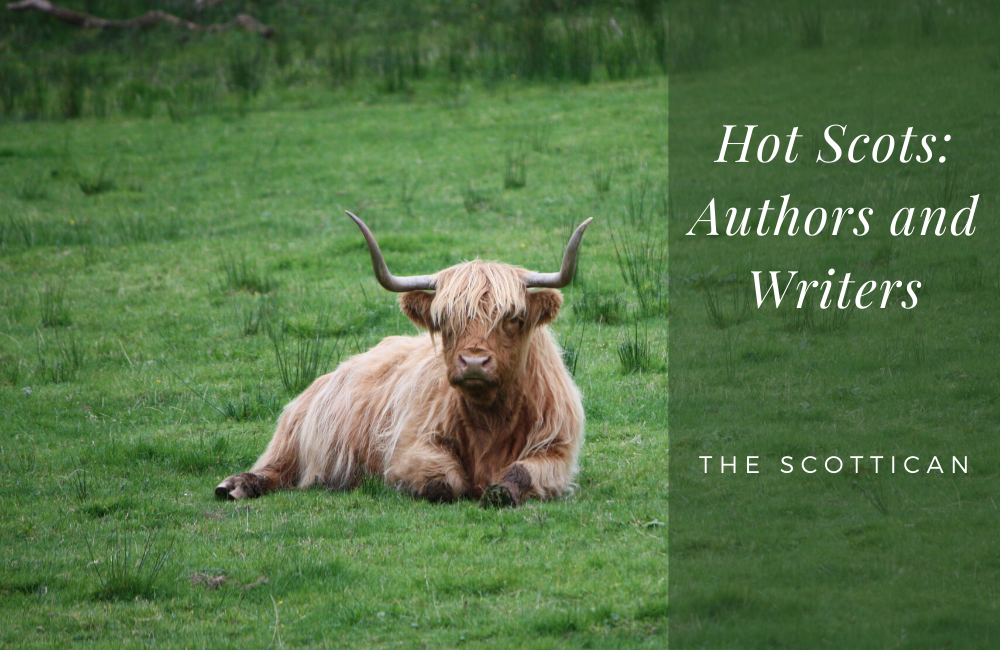 In this entry, I’m going to give some introductions to famous Scottish authors and writers you may or may not have heard of, and what they’re known for!

I’ve already done a big entry on Rabbie Burns for Burns Night, so I won’t include too many details here. But you can’t have a list of famous Scots and not include the Bard!

Burns was born in Ayrshire and is the national poet of Scotland, having written and published several poems and songs in the Scots language in his short life, having only lived until 37. To this day, Burns is still celebrated throughout Scotland, most especially on Burns Night.

Another Scottish writer, Robert Louis Stevenson is most known for his novels. Most notable of these are: Treasure Island, Kidnapped, and—one of my personal favorites—The Strange Case of Dr. Jekyll and Mr. Hyde.

Born in Edinburgh, he did become a well-known writer in his lifetime, but the novelist also had a very interesting, albeit rather short, life. He was also an avid traveler. He ended his days on Samoa, where even there he was celebrated as a beloved story-teller. Upon his passing due to a stroke, he was buried atop Mount Vaea in Samoa.

Conan Doyle was born in Edinburgh in 1859. He is probably most well-known for his creation of the character Sherlock Holmes. In his time, he was known as both a writer and a medical doctor.

The Sherlock Holmes stories are his most recognized work—and for good reason! They are considered key works in the crime genre. But Conan Doyle also wrote a number of other works and stories in various genres, including fantasy and science fiction.

A Study in Scarlet was the first Sherlock Holmes piece written. It was published by Ward Lock & Co, which was eventually absorbed into Orion Publishing Group. It received high praises during his time, and led to the release many more Holmes novels.

James Matthew Barrie, or as more commonly known JM Barrie, was born in Kirriemuir. Though he lived until the age of 77 and saw success as a writer, he is most famous for the creation of beloved novel Peter Pan.

He attended both Glasgow Academy and Dumfries Academy. Knowing he wanted to become an author, he went on to study literature at the University of Edinburgh. Pieces he submitted to a London newspaper were so popular that become the grounding works for his first novels: Auld Licht Idylls, A Window in Thrums, and The Little Minister.

Peter Pan was first a play before it was a novel. It appeared on stage in 1904 and then later in novel form in 1911. Before his death, Barrie gave the copyright to Great Ormond Street Hospital, so that the hospital could benefit from the work.

Coming into more modern authors, Alasdair Gray is a celebrated novelist and artist in Scotland today. Born in Glasgow in 1934, he published first novel, Lanark, in 1981. Lanark has received a great deal of praise and recognition; it is considered the most influential Scottish novel of the second half of the 20th century.

In addition, Gray was also served as both writer-in-residence and professor of Creative Writing at the University of Glasgow. Further, he was also an artist. Some of his works are still on display at Òran Mòr and the Hillhead subway station in Glasgow.

Iain Banks is primarily known for fiction, as Iain Banks, and also science fiction, as Iain M. Banks. Born in Fife, he studied English, philosophy and psychology at the University of Stirling—a fact I had to mention, as it’s my alma mater as well. His first published novel, The Wasp Factory, was published in 1984.

After its success, he took up writing full-time, and wrote a novel a year since then. He passed away in 2013. By that time, Banks had written and published a total of 26 novels, with a 27th published after his passing.

Irvine Welsh was born in Leith. His works often depicted some of the darker sides of Edinburgh life. He is probably most know for his novel Trainspotting, which was made into a film in 1996 and starred Ewan McGregor and Robert Carlyle, among other famous actors. The novel was also adapted for stage productions as well.