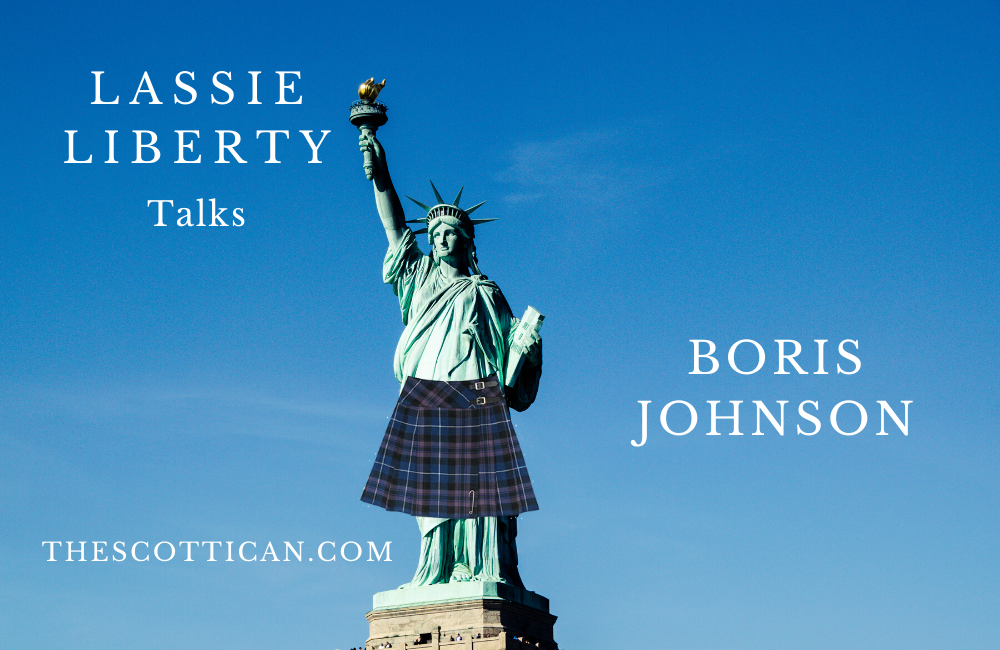 How does one start an entry on Boris Johnson…

I’ll start with this: I do not like Boris Johnson, for reasons both political and personal.

But before I get to that, I want to address the current state of the world and Johnson’s own personal state meres weeks ago.

We are in the midst of a pandemic. Though the reality is that many people have caught this virus already and many have perished from the effects of it, I do not wish COVID-19 upon anyone. It’s shocking to me to see people wish a virus onto others.

Perhaps it’s simply my own personal beliefs, but I don’t wish harm onto others, no matter who they are. I can disagree with them, their beliefs and politics. I can dislike them enough to never want to hear their voice or see their face. Even if they are someone that has done wrong to me personally, I strive to work against every hurt and angry thought that cries out for vengeance.

I do not wish this virus on anyone.

Even when it was announced that Boris Johnson caught it—no matter my dislike of him or his party—I did not cheer, as I saw many others doing.

All that being said, the fact that he’s had the virus and survived, does not change his legacy or the harm that he and his political party has done to the people of the United Kingdom.

I find it frustrating that so many people are praising him while newspapers celebrate with front page headlines of “It’s a Good Friday”—when there were 10,000 dead from COVID-19* due to lack of planning and execution on the part of the government.

I find it frustrating, not just because of what the world is currently suffering, but how much I’ve watched this party destroy the lives of innocent people in the United Kingdom.

I’ve seen, heard, and read about Boris Johnson and his party:

These are just a handful of things I have seen in the past few years—and some in the past few weeks—of following British politics; it leaves out dozens of more reasons I have for distrusting Boris Johnson as Prime Minister and the Conservative party. That list doesn’t even include the issue from last week that was the subject of my first Lassie Liberty entry: the UK government allocating £10,000 per MP for work from home expenses.

I remember all this, so it shocks me that so many immediately forget this because he recovered from COVID-19. As I said up top, I don’t wish this virus on anyone, and I do think it’s good that he recovered. But that doesn’t mean he shouldn’t be held accountable for the state of the United Kingdom as it is now.

If anything, the fact that Boris Johnson has dealt with and survived COVID-19 should now make him realize just how dire the situation is and do more to help.

Pay the NHS workers what they’re due. Stop allocating more and more money to MPs and get it to the people who are saving lives.

While we’re on the subject of paying people what they’re due, do that for all those who are now deemed vital: healthcare workers and carers; grocery store workers and shop owners; postal deliverers and food delivery services; rubbish and bin collectors; the people who actually still working to keep society as we know it in some level of normalcy and health.

Get the ventilators and put the United Kingdom on lockdown for real.

You’ve suffered through this and survived thanks to the healthcare workers of the United Kingdom. Say thank you, not by clapping along with the rest of Britain, but by doing something more, because you have that power.

*Note, at the writing of this entry, approximately 13,000 have died due to COVID-19, and there are still people celebrating Boris Johnson’s survival as the survival of Britain.