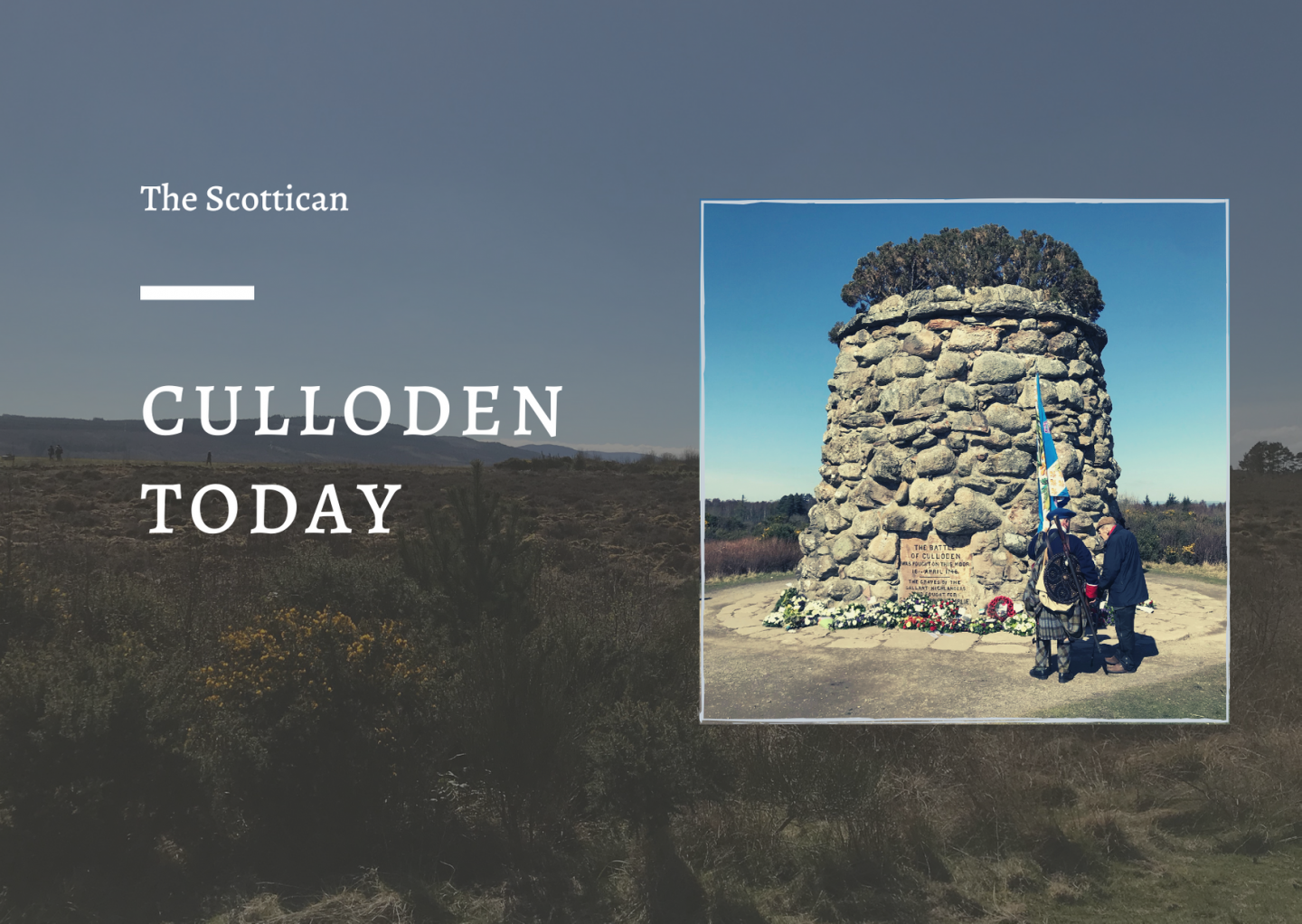 In my To Scotland book, I wrote a piece called “Remnants”. It is a piece about confronting the history of Culloden from my own place in the present, trying to prevent the ghosts and hauntings of that lonely moor from centuries beyond. Earlier this week, I made it available on the blog in honor of the anniversary of the Battle of Culloden.

While that is a creative piece, thinking back to times I’d walked on Culloden Moor, it’s not an unrealistic portrayal of the site.

When I first walked the grounds of Culloden Moor in 2013, I did not remember what I’d read in Outlander. The television show had not yet premiered its first season, and I didn’t watch the show until 2019.

My mother and I both wanted to visit Culloden during our Highland excursion in 2013. After a stressful day and night of staying in Inverness, we made our way to the field.

Those who visit Culloden with a bus tour may only walk the moor itself, which I’ve done myself. For those who travel on their own, going into the museum is well worth it, especially if you have an interest in learning about the history and time period that the battle took place.

The museum takes care to show and tell the story of history from both sides. It also has many relics and artifacts from the time showcased for visitors to see. A number of exhibits use technology to bring the battle itself into our time to really understand the history—from a 360 degree room that makes you feel as though you are caught in the center of the charge (I sat down on the floor of that room and stared wide-eyed all around me) to tables that show the movements and actions of those on the field.

Though I haven’t visited the museum in years, it’s something I’d like to do again, if only because I’m older now and to see that museum and walk through the field again from this vantage point is appealing to me. From the museum, you can also get the audio tour to guide you on your walk around the field. This is also something I recommend if you’re looking to walk those steps along the battlefield.

The field itself is a sombre walk, whether you walk with the audio tour against your ear, telling you the history of the steps you take, or you walk in silence. There are markers to show where soldiers and battalions stood, charged, and fought, but also those placed in honor of the battle itself. Stones share the names of clans, those who served and died at Culloden Moor in 1746, as well as a tall stone cairn, erected in 1881.

Much has been done to ensure that the field is preserved to look as it did on 16 April 1746. And, like much of Scotland, the site itself is beautiful. The field stretches outward as far as you can see. It’s green and beautiful, as though the place itself has forgotten what history took place here.

But as I said in my story “Remnants“, you can feel the energy at Culloden. I’ve been there twice myself, and each time has caught me. The first time in 2013 with my mother, it was hearing all the stories over the guided audio tour as I walked those dirt paths, feeling deeply the words that were whispered in my ears—how those Jacobites were left to die slow, painful deaths on the field without mercy, how this battle alone singlehandedly destroyed a lifestyle and culture of an entire people, ensuring traditions and customs wouldn’t grow and that language would die.

I went once more in 2019 on a bus tour. We only had a half hour to look around the field, but it held that same sombre feeling I remember. The site was more crowded that day than when I had gone in 2013.

It only dawned on me as I walked the field that day that it was 3 days before the anniversary. People were dressed in period clothing, while others held up the Scottish flag that flew proudly in the wind.

There were morose tears as I walked along the path of the field. But there was also pride, seeing those Saltires flying high.

For it means that there is a history that still clings to the heart. It means there’s a story that people do not want—and should not—forget. This is why it’s important to share stories; keep memories and histories alive; and keep some of our historical sites sacred and safe.

Culloden Battlefield is under threat today. In the past few years, proposals have come in to build up the area around the site. Most recently, a proposal for luxury housing has been approved. The National Trust for Scotland is fighting against this, but it’s important for visitors and lovers of Scottish history to know.

If you would like to know more, check out Stop Culloden Development. They offer more information and insight, as well as news and ways you can help the movement. They also have a Facebook page you can check out too, if this is a cause that moves you.