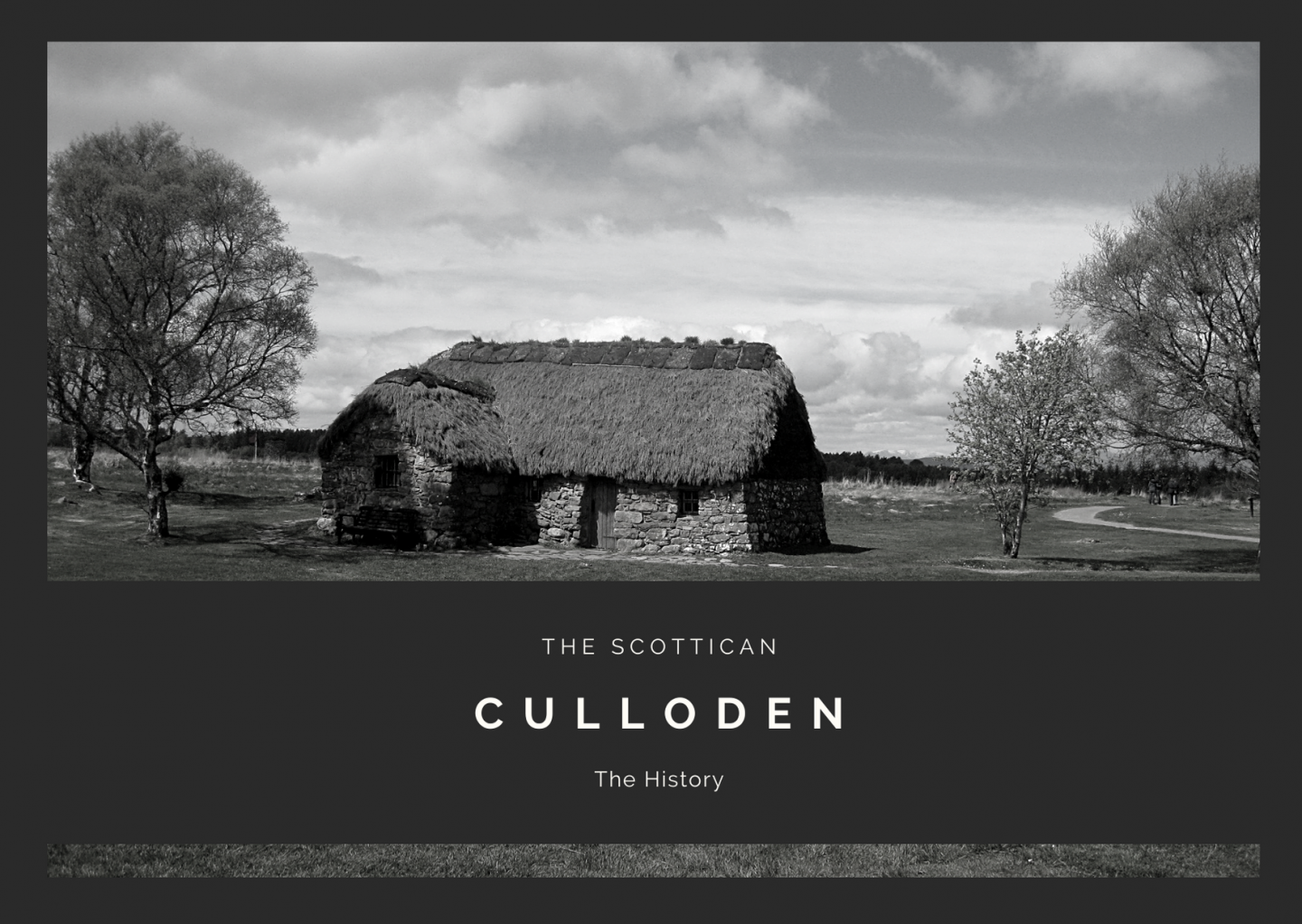 I’ve been surprised in my life to meet Scots who had never heard the named Culloden. The history surrounding it has been seeing more light recently due to the popularity of Outlander. But there are still those who don’t know about this battlefield and its significance to Scotland’s history.

And there’s a great deal to cover, which I will likely miss. Today, I think is important to address misconceptions people have and also talk about the outcome of the battle itself. In some way, the aftermath is still a carried wound.

What most people start off knowing about the Battle of Culloden is that was the final battle between the Government forces of Britain and the Jacobites, who fought to restore a Stuart king to the throne, but who ultimately lost the battle at Culloden.

This simple statement is a good place to start. So, let’s dig into a little bit more.

Let’s start by breaking down the name. The name Jacobite comes from the Latin Jacobus, which means James. After the death of Queen Anne, who herself was a Stuart, there were those who felt the throne should pass to her half-brother James. Those who supported James’ claim to the throne came to be known as Jacobites.

These supporters of James didn’t necessarily do so because they wanted a Catholic king, though undoubtedly there may have been those who fought with that in mind. Most that fought on the Jacobite side at this time were not Catholic. There were many reasons why Jacobites supports James’ line for the throne. However, religion and faith were likely not high on the list of reasons, as many believe.

Another thing to clarify about the Jacobites is what type of people they were. You’d be forgiven if you thought that the Jacobites were primarily Scottish Highlanders; that’s what a lot of stories would have you believe. In fact, the Jacobites were comprised of both Highland and Lowland Scots, as well Irish, French, and even English supporters.

Further, they weren’t just farm folk who hadn’t skills on the battlefield. Many of the Jacobites did receive training for combat during their service. And they fought with rifles, just as the government forces did.

I was hesitant to write anything about the government forces. I suppose I felt that was the more obvious part of history—who they were and what they fought for.

But I do think it’s important to point out that these forces were not solely English, as often often portrayed. This was not a battle of English versus Scottish—just as the Jacobites were not exclusively Highlanders. Some of those soldiers who fought in the government forces were Scots themselves and Irish as well.

This misconception has led to the belief that this fight fought by the Jacobites was a civil war of sorts, and that its result at Culloden meant the takeover of the last part of Scotland that had not yet been integrated with the rest of Britain: the Highlands.

And while that surely was the result, that wasn’t the original goal set in mind. This battle was not about English versus Scottish, though it did lead to the end of Highland way of life and has left a scar on the relationship between Scots and English to this day, which I’ll address below.

Prior to the Battle of Culloden, the Jacobite army was succeeding in their cause. The uprising began in August 1745, and the Jacobite army was were winning battles and taking cities. They’d taken Edinburgh and won the Battle at Prestonpans. Come November, the army saw themselves invading England, taking further cities. But come December, upon reaching Derby, they decided they had to turn back.

This had been decided as Prince Charles (Bonnie Prince Charlie or Young Pretender, depending upon which history you read) had promised that more reinforcements were on the way, but no allies had come. The Jacobites knew that if they were to continue pushing forward, they might be seized by stronger troops than they could manage themselves with no new reinforcements. But reaching so far south in England was a feat in and of itself.

Government forces followed after. The Jacobites were able to siege Stirling Castle, but shortly after had to retreat. As time went on, food became scarce and money was not being paid, thus morale began to decrease.

The night before the fated battle, the Jacobites had planned a surprise battle on the government troops, which had failed, thus leaving many of the Jacobite forces tired, as well as hungry. So, when they were descended upon on 16 April 1746, little fight was left in them.

Were There Really Anti-Scottish Sentiments at this Time?

This is something that really can’t be denied, in my opinion. Even in looking solely at the aftermath of the defeat at Culloden, it’s incredibly difficult to argue that anti-Scottish sentiments didn’t exist, though the disdain seemed to be held primarily for the Highland Scots and their culture.

The Battle of Culloden ultimately marked the end of the Highland way of life. Jacobites who were wounded on the field were left to die a slow, merciless death; those who had escaped the battle were hunted down; and even families of soldiers were targets for vengeance as well. Many people in the Highlands were evicted in the Highland Clearances that followed. Tartans and plaids were banned, as was the speaking of the Gaelic language—which contributed to its demise and its struggle to grow. The clan system was also abolished.

Beyond this, after the battle, much was done to continue to portray the Highland people, their way of life, culture, and dress as wrong, immoral or as ignorant and debased. This was something was occurring prior to the war between the government forces and the Jacobites, but continued long after the defeat at Culloden.

At the time, the British were eager to rein in and control what they thought to be an unruly and even savage way of life in the Highlands of Scotland. Highlanders were viewed as uncivil and wild, despite Highland lifestyle having a sense balance and order. There was a system to the lives they lived, though it went against what was considered the norm or the “correct” way.

Unfortunately, this is something of a theme throughout history, where those who are different are deemed wrong, and thus are rooted out. The Battle of Culloden and the Jacobite defeat was a way to uproot what was deemed the wrong way of life.

A Note About Clan Lifestyle

While I do try to acknowledge that there was balance and order within a clan system, that doesn't mean Highland life was without flaws. There were feuds and raids, and—yes—even murders amongst warring clans. We are talking about a lifestyle that existed centuries ago, and no matter how much we romanticize it, it was not always an easy, peaceful, or beautiful way to live.

It’s important to note how this history impacts today. There still exists both sensitivity to what came to pass and a connection that people still feel to it. You can see that in my own story, “Remnants“, which I posted Monday. You’ll also see reflected a bit more on Friday’s entry about Culloden Today.

People are still very connected to what happened at Culloden. A lot of that has to do with what it has come to symbolize. As I wrote above, there are a lot of misconceptions surrounding the Jacobite Rising and the Battle of Culloden—from the belief that the Jacobites were only Scottish Highlanders who wanted a Catholic on the throne to the vision still circulated that it was British (English) versus the Scottish battle.

While we can work to overcome those misconceptions of history, it doesn’t change how this event makes people feel today. And in seeing the aftermath of what happened to the Highlands, life and culture, the Gaelic language, I can’t say people are wrong for feeling like a part of their heritage was ripped away. It is one of the reasons I mourn at Culloden, as I’m sure many Scots do, even if that way of life was not the way of their own ancestors.

The aftermath vilified Highland life and culture, mocking it and deriding it. As we have seen in recent years, the reason why victors do that is to erase a heritage and people. It is why anyone puts down anything.

Culloden still holds a grip on today for the scars it left behind.

This entry, while being long and detailed, does not include many details of the Battle of Culloden and the timeline of events, battles, and sieges leading up to its fight. I chose to focus on misconceptions of the time to address, and talk about how this battle still holds weight today. There are many sources and books written about this battle, and I recommend you read a variety of them from differing perspectives if you're interested in more details of the history.