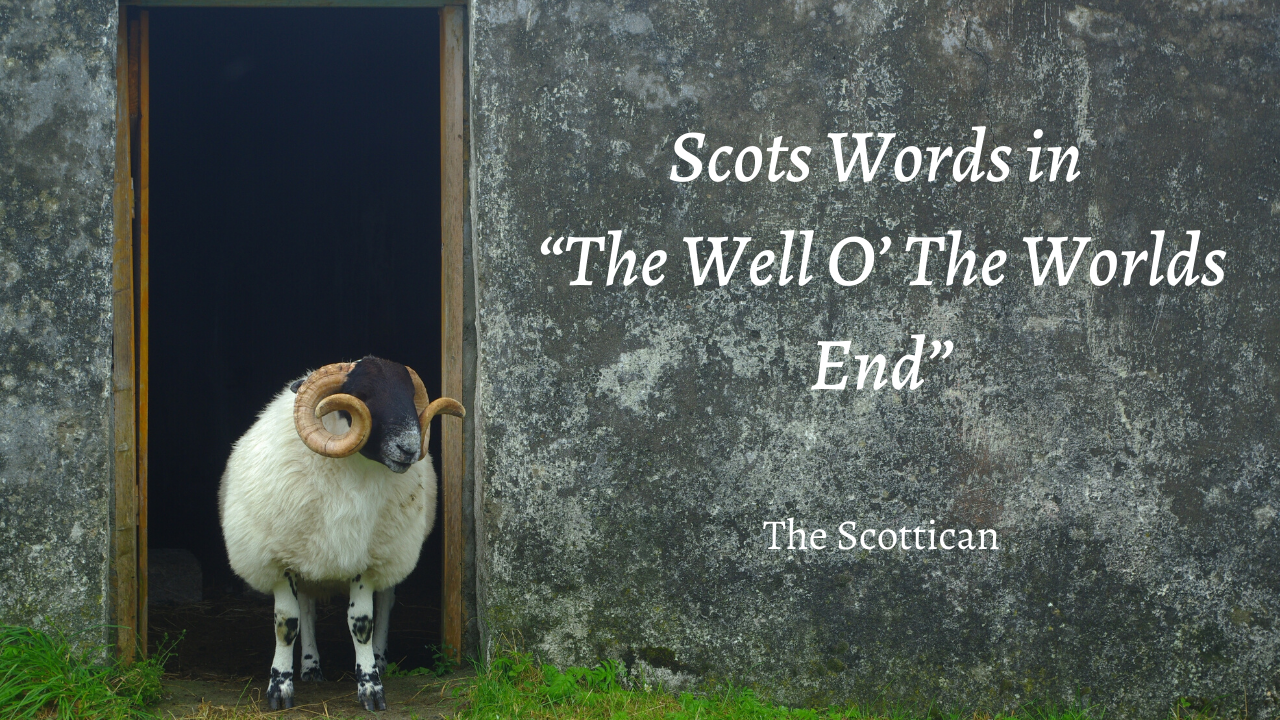 In this story, more so than the Scottish Ghost Story I shared, there were a few instances of Scots words, which I tried to point out and define through wee pop-up comments in the video, but I wanted to go into a bit more detail on some of those words, in case anyone was interested in more information.

At the start of the story, the old woman goes to a “girnel to fetch a basinful of meal”. A girnel is a meal-chest or a granary, so simply a place where meal was stored.

And what was the old woman going to make with the meal? Oatcakes! So, when the frog and the lassie meet, she mentions that she needs the water so her mother could back some oatcakes. Oatcakes, for those who don’t know, are sort of like crackers in the American sense. They’re usually made of oats, hence the name, and are usually flat with more of a savory taste as opposed to a sweet taste. I would often use plain oatcakes as a snack with maybe some butter or cheese on it, but they have other oatcakes that are flavored, such as cheese flavored, or ones that are rough milled versus fine milled.

Greetin was used by both the toad and the lassie, and I think in the context of the story, people were able to guess what the word meant, but it does mean “crying”. So if you hear someone say “I was greetin”, it usually means “I was crying”.

Paddock, as I mentioned in the pop-up comment is an old Scottish word meaning “frog” or “toad”. When I say “old Scottish word”, I mean from “up to 1700”. It’s not a word in much use now, and many people might not recognize the word.

Hinnie is one of the names that the frog calls the lassie: my hinnie, my heart, my ain true love. Hinnie, as defined in the glossary of the faery tale book, is a term of endearment, like a variant of “honey”. And the word ain there is like “own”. If you read the line “my ain true love” in a Scottish accent, you can hear a bit better how it sounds like “own”.

I won’t go into too much detail on wheesht, save what I said in the video: wheesht is a way to tell someone to be quiet—and haud yer wheesht, another common Scottish saying, equally means “be quiet”.

Gie, as in gie the poor beast his supper, is give. Again, this is why it’s important to try and read some of these stories that written in the Scots language in a Scottish accent: if you hear it said in such a way, it can help you translate the story a bit more. I know that these faery tales are particularly challenging to understand the Scots within, but if you want to go on to read more Scots, it’s a good habit to get into.

Hout, havers were said together by the old woman as her daughter went to chop off the frog’s head. These were the two I wanted to expand upon, as there are also a few updated definitions I wanted to point out.

The definition I use in the video for hout was one that came from after 1700, and that was “away with, have done with”, though that is usually when hout was written as hout wi’. A similar definition is from before 1700 was “An exclamation expressing dissent or impatience”, which is where I got my own definition for the video.

Havers was fortunately defined in the glossary, and this is good because I found a bunch more definitions of havers that didn’t fit in with what the story was sharing. In fact, there was no definition of havers from before 1700, and the best definition I could find was “a half of something”, similar to someone calling for half. And if we used that definition… well, it certainly would’ve been a different story!

So those are a few more bits of expanded definitions and usages for the Scots words appearing in The Well O’ The Worlds End. If you guys haven’t seen or listened to the reading yet, you can check out the entry here, or check it out on YouTube. And let me know have any other questions about different words, let me know!