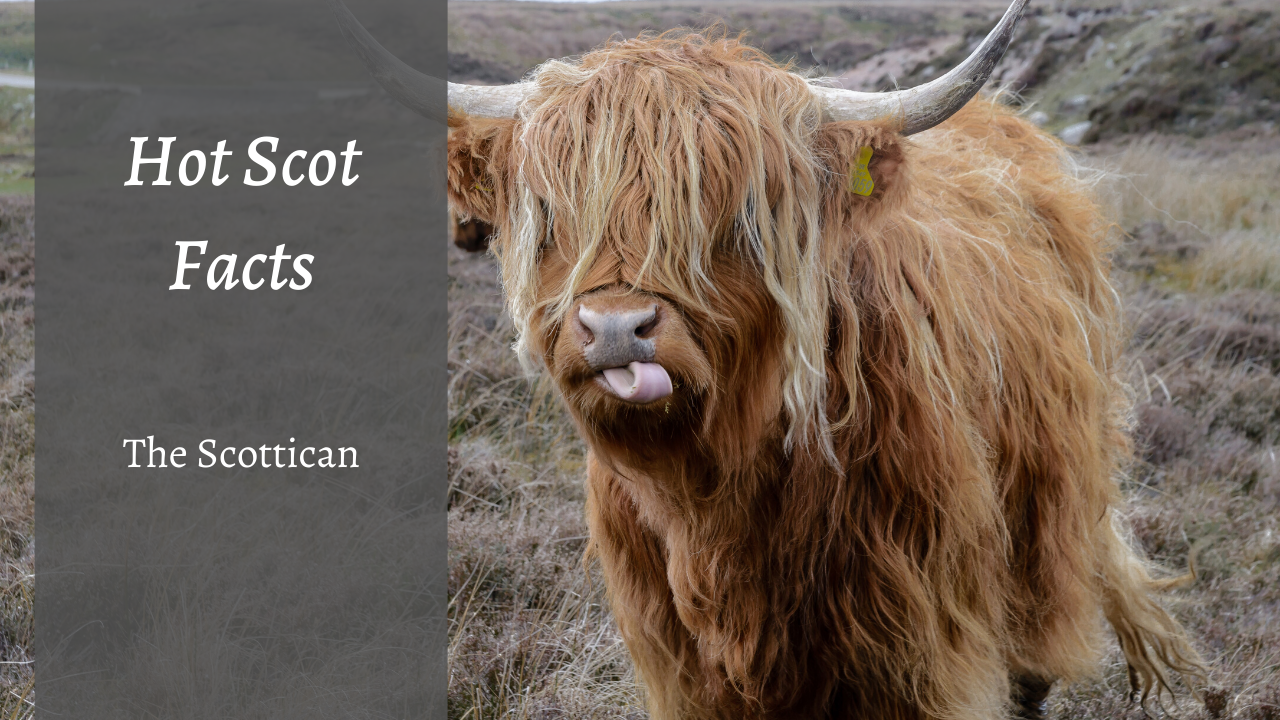 Just off the presses, I’ve got your Hot Scot Facts here!

What are Hot Scot Facts?

1. The national animal of Scotland is the unicorn, and the national symbol is the Scottish Thistle.

2. Scotland is the birthplace of golf, with the oldest golf course in the world being St. Andrews.

3. A number of famous and vastly important inventions and discoveries came out of Scotland, including: the bicycle; the telephone; hypnotism; the hypodermic syringe; the typhoid vaccine; penicillin; the television; the refrigerator; the flush toilet; Grand Theft Auto video game; the theory of electromagnetism; the discovery of the Horsehead Nebula; and our ATM (automated teller machine) and PIN (personal identification number) system, to name a few.

4. Glasgow is home to the world’s oldest surviving music hall, the Panopticon, where Stan Laurel, of the Laurel and Hardy duo, made his stage debut.

6. Scotland has been voted as the most beautiful country in the world by Rough Guide travel guide (such good taste, they have!)

7. Scotland has three official languages: English, Gaelic, and Scots. English is spoken throughout Scotland, so don’t worry if you’re not familiar with Gaelic or Scots, but if you’re a fan of Scotland and Scottish culture, take some time to listen or even learn Gaelic and Scots!

8. Scotland has other names you might not be aware of. Caledonia is another name for Scotland, which comes from ancient Roman times. Scotland is also often called Alba, which is the Gaelic word for Scotland.

9. Some accounts say that Indian dish Chicken Tikka Masala was actually created in Glasgow. One iteration of how the dish came to be says that a British Pakistani chef invented this in his restaurant in the West End of Glasgow. And I think this is a handy factoid because Chicken Tikka Masala was my favorite Indian dish before I found that out! Just seems too perfect…

10. The Highland cow originated in the Highlands and Outer Hebrides of Scotland. These cows are so very well known as being Scottish, and many people love seeing them when they journey to Scotland. You might also see them called “Heilan Coos”.