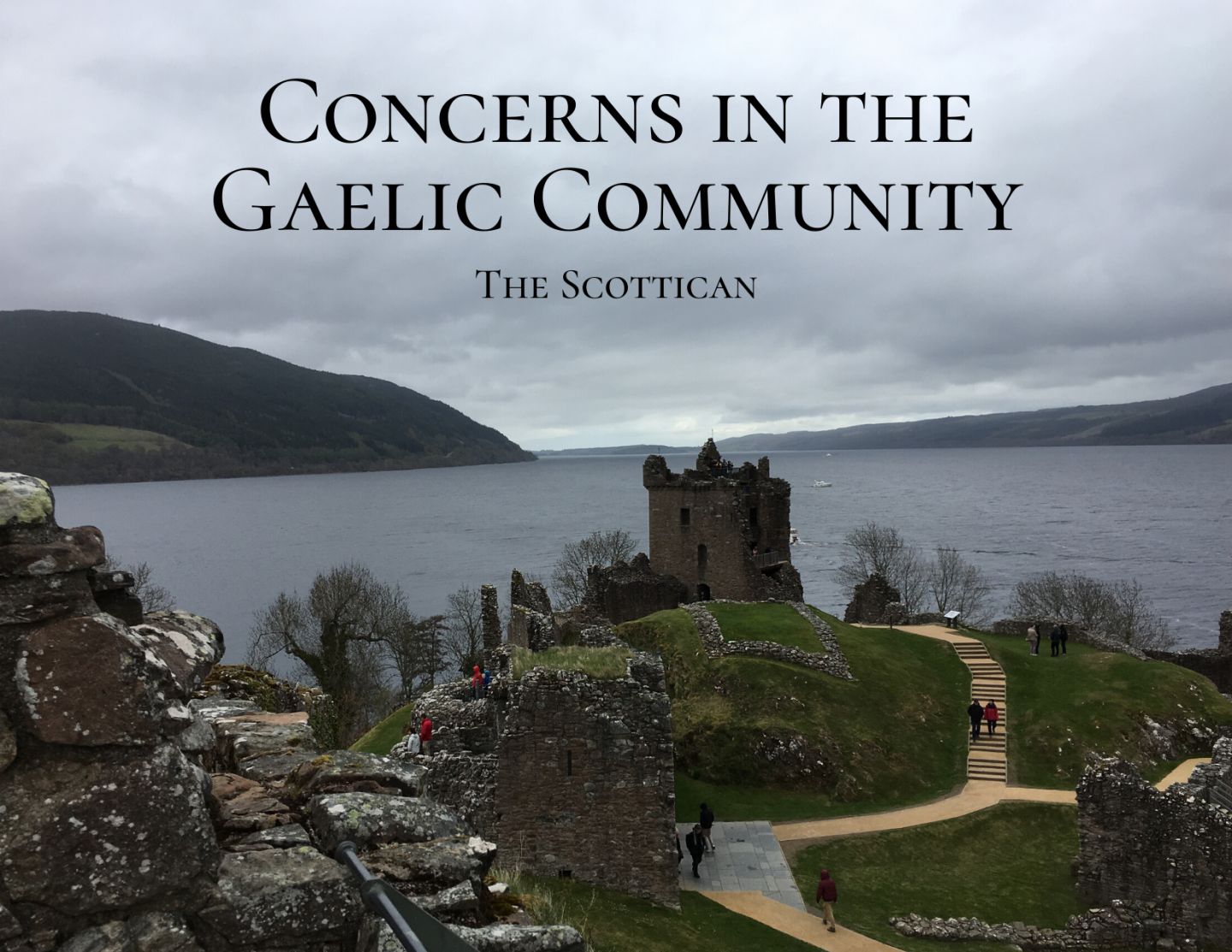 After writing my entry on my own trials and tribulations on trying to teach myself Gaelic, I started thinking about conversations I’ve heard and seen regarding what Gaelic needs—even arguments on how to best grow, preserve, and bring in learners. I had thought about including all of this in that entry, but it was already long enough.

Consider this a follow-up to both Gaelic History and also to the entry on my attempts to learn Gaelic on my own because some of these issues concern the history of the language, but also directly involve the modern-day learning of Gaelic.

The Question of “How” to Learn

Along this line of thinking, I’ve seen people insist that those who want to learn Gaelic need to go into a full immersion space for at least 4 weeks, and some have even gone so far as to insist such a type of learning is the only way that should be permitted.

I can understand some of the concerns here. Gaelic’s a language that was lost and outlawed for centuries, and wasn’t given the ability to grow and evolve naturally on its own in the modern-age like so many languages today. We’re fortunate to still have the language and available to learn, but in that, you want to ensure that people are learning correctly, so as to continue to grow the language and help it flourish.

I equally understand and respect—and completely agree—that for many, learning a language via a full immersion experience isn’t a possibility. Very few people—and of those few people, far fewer who have the genuine interest—are able to simply leave their job for 4 weeks to just learn Gaelic in an immersion spot. Most people don’t have that work, money, or familial flexibility. It’s simply not feasible.

Which is why I cannot support the idea of only permitting Gaelic to be taught through immersion courses only. I understand the desire to see the language taught and spoken correctly, but in doing this, you close Gaelic off to most who have a genuine interest.

In doing that, you create a barrier to Gaelic, and are essentially gate-keeping the entire language. As noted in my Gaelic History entry, Gaelic doesn’t need people shut out of it. It needs people welcomed, and—yes—that include those with only a casual interest.

Gaelic won’t continue to grow if it’s only permitted to those who are seeking full and complete fluency through immersion. Gaelic needs the casual learners just as much as those who want to be fluent. It’s about opening people’s eyes to another language that is very much tied to a Scottish culture and heritage, which many people are very interested in.

I think it’s wonderful that there are people who learn Gaelic with casual interest, who maybe only wanted to start learning after Outlander, as much as those who are dedicated to fluent learner. Don’t close doors to learning of any kind.

The Question of Preserving the Language

I’ve also seen a lot of arguments recently about the need and desire to keep the Gaelic language pure, especially in terms of the “English-icizing” of words.

For those who don’t understand what that means, the idea that there are words commonly used in Gaelic that might fit closer to an English word when there’s an older, more “Gaelic” word to be used.

For example: stòiridh vs sgeulachd. Both words mean “story”, with sgeulachd having the added definitions of “tale, yarn, fable, legend”, according to Am Faclair Beag. Stòiridh is pronounced like the English word “story”, so more traditional Gaelic speakers, or those who want to keep the language purer, might steer one away from using stòiridh in favor of using sgeulachd instead.

Another example which I’ve heard is: frìds vs inneal-fionnarachaidh or fuaradair for “refrigerator”. Frìds is actually pronounced like “fridge”, which is a common way to shorten “refrigerator” in English, so that question of “English-icizing” of words comes into play. There are plenty of similar instances like this, but these are two I’ve heard talked about a lot recently.

I do appreciate some of the Gaelic community’s love and passion for this language. It’s part of a broader history and culture that was lost for many years, and to be seeing it coming back and picking up again is wonderful and inspiring, and exciting to many.

In that excitement, I also understand the concern about losing a language, especially after so much time has passed from the outlawing and now resurgence of the language. You want to see this ancient language grow and thrive in its own right, as opposed to adopting more of other languages’ usages and linguistic rules. We want Gaelic to still hold its uniqueness and individuality as a language, and inviting so many borrowed words from English can diminish some of that. I understand that, and I’m not going to say it’s not a concern.

From the perspective of someone who’s earned a degree in English, I’d like to remind everyone that languages evolve. In my undergraduate years, I took a class on the English Language, and there was a discussion there among my peers, who argued the need to keep the language right and correct, while my professor noted that language changes around us every day in the ways we speak to one another.

The word “friend” has become both a noun and a verb; we use internet slang in daily speech; we shorten words and abbreviate more than ever; it’s now acceptable to use “one” combined with the pronoun “they”; and those rules about not starting sentences with “and” or “but”, and ending sentences in a preposition have all been fading since I was a kid.

That being said, yes, there is a need to keep languages understandable, especially in the context of writing, academia, study, law, and even in public speaking. These are instances where language skills are very important because we want and need our points to come across well and clearly, but we cannot halt language from evolving as we change it every day as we speak it.

We only need to look at the works of those authors we read with frequency in English class who lived long ago to see those changes in action. Look to Shakespeare. Look to Chaucer. Look to Austen. Look at the original Beowulf book. These are all written in English—or in the case of Beowulf, Old English. All authors that were read in my school days, both in high school and in earning an English degree, and they can be used as great evidence that language is always evolving.

To me, it’s no different with Gaelic. It will continue to change and flow. We cannot permit the language its right to change with people, or else we further endanger ourselves from losing it.

I’ve even seen people argue that they don’t like seeing or hearing Gaelic in modern music, as though it should just stay within the confines of traditional Celtic music. And while I love traditional Scottish and Irish music, I’d love to see Gaelic expand into more modern music. That’s how you invite new generations and learners into the language; not by closing it off and saying it belongs only in one place.

History closed Gaelic off and attempted to seal it away in the Scottish Highlands to never be spoken again. With its resurgence now, let’s not insist that must stay only there. Let’s be willing to bring it into the modern day and give it its space to grow, thrive, and evolve like all other languages.