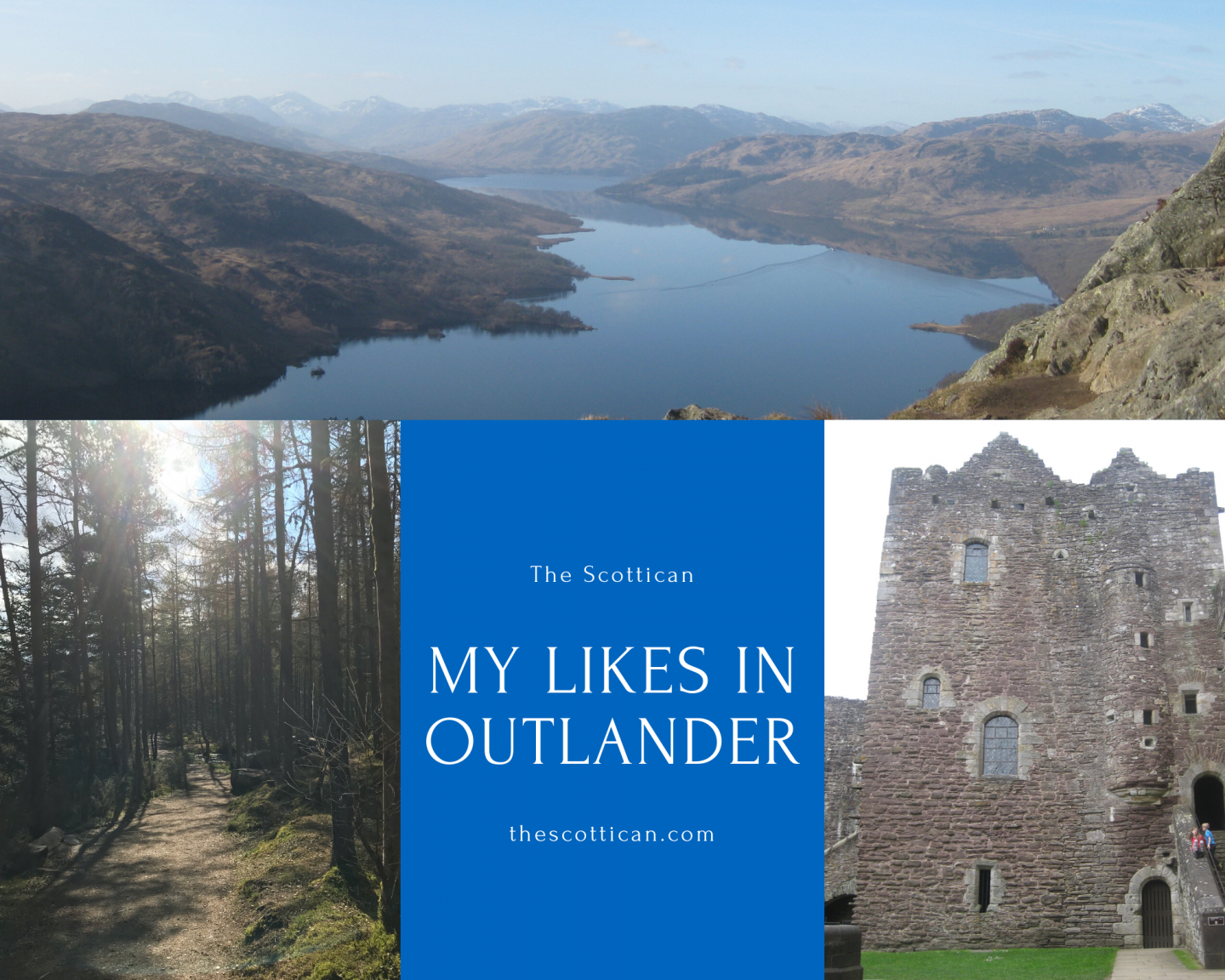 I’ve talked around Outlander a few times here on this website, so now I feel it’s time to chat a little bit about some of the things I’ve enjoyed about the show—and I’m not going to include things like “I like the story” or “the characters are great”, as I wouldn’t have watched the show through Season 3 if I didn’t like those elements.

So this isn’t going to be a full list, but rather things that I feel Outlander has done differently, but also done well that really stand out to me and have added to my enjoyment of the show.

Also,yes, if there is a post titled “My Likes in Outlander”, that means it may be follows by a “My Not-so-Likes of Outlander” (probably named a bit better though).

But as ye often do, we’re starting with What I Like About Outlander because as I delved deeper into my thoughts regarding the show, I found myself conflicted and seeking more from the show than I got, so I felt starting with positives is always good.

And I’m totally happy to discuss with people their opinions. What do you think Outlander has done well that really stands out to you?

***NOTE*** There will likely be spoilers ahead for seasons 1-3, so if you’re not into that, read no further.

It’s Pro-Female in an Anti-Female World

I adore how pro-female this show feels, especially for being set in a time that was historically anti-female—both in the 1700s and even in instances in the 1940s. While there are some scenes I take issue with—even whole episodes I cannot watch due to anti-female behavior that causes a lot of inner conflict for me—the show does a great job at balancing these two extremes: demonstrating that this was a time where women were not always seen as equals, while also showing how women were strong in their own right.

There are strong female characters abound, showing us what strength in women was in those times, but also taking pride in what it means to be woman even today.

One of the characters I admire the most for this is Jenny, Jamie’s sister. When we first meet her, she’s pregnant and we see her give birth, but we also hear beautiful and honest words about what it means to be pregnant. We witness how challenging and even scary pregnancy could be in that time, when we are all used to hospitals and modern medicine. And even after that, mere days after giving birth, she’s up on a horse, riding out to search for her brother, pausing to squirt milk from her breasts.

There is something so affirming about seeing this on screen. There’s a beauty and strength in how unashamed and proud it is, and as a woman, I appreciate seeing that.

I find this to be exceedingly important, not just for the industry and revenue it brought in for Scotland and continues to do, but because of the authenticity. It adds to the realism of the show, just as much as it invites people in to Scotland. And the show has been praised for staying true to historical events and the time as much as possible. There are Gaelic consultants to assist with the language accuracy in the show; we get more insight into the Highland culture and lifestyle of the time; and it depicts the high tensions between the Highland culture and the British, especially in the Battle of Culloden episode.

And, I’ll be honest, I do like things being set in Scotland—would you have guessed that about me?

It’s that love of Scotland that fuels my love of seeing Scotland as the setting for more books, TV, and cinema, and I want to see more of it. So, having Outlander be set in, filmed it, and filled with Scotland and Scottish culture and heritage is proof to me that there is an interest and a desire for similar content.

Yes, more content of the traditional Highland Scot, brave, proud, and true, but I also love seeing Scotland in modern day on the screen as well, and there’s not a ton of content featuring that, so I would love if Outlander started a trend to increase good quality content set and created in Scotland, featuring more Scottish culture.

I’d be wrong to not acknowledge how great the casting and acting has been in this show—and while I believe I did so in my entry about Outlander, it’s worth repeating.

Though I’ve only seen through Season 3, there have been so many examples phenomenal acting, especially from the two leads of the show: Caitriona Balfe (Claire) and Sam Heughan (Jamie).

I also love that most of the actors are Scottish for the same reasons I stated above: it adds to authenticity, and it gives more voice and visibility to these actors. We see so many films and shows where people simply choose actors that they think are well-known or liked that will bring in viewers; they choose actors who have the name as opposed to who actually fit and are best-suited for the role. I’m very happy that Outlander didn’t go that way, and found a great cast to showcase this story.

I think everyone that’s watched this show has come to like this theme song. The first few times I heard it, I didn’t like it; I thought it was too slow and soft. But it grew on me—and the rise of the pipes at the end of the song? Strong and triumphant and powerful? Yeah, that gets me every time.

And the lyrics too. Aye, I know it’s technically about Bonnie Prince Charlie, disguising himself as a woman to escape to Skye after Culloden, but out of that context, it sounds like the story of a girl who got lost in Scotland, but also found herself there too—and I’d be wrong to say I couldn’t relate.

Claire’s dresses seem to always have POCKETS. And we’re still fighting for pockets in our dresses in 2020!

This is something I probably won’t discuss a lot here, but I’m someone who is very big into (what I consider) my own spiritual practices, a lot of which tie in very much to self-growth and self-improvement, and I’m very deeply attached to Druidry.

So to see Druids, alive and present and respectfully shown, dancing at the standing stones in honor of the festival of Samhain, a sabbat to celebrate our ancestors, the deceased, those who have gone before us, in a show as massive as Outlander—I was both enthralled and in awe. It sang to my heart and made me so grateful to the show. This, along with more Scottish content, is something I desperately want to see more of. Druids, and witches, and pagans, shown in a beautiful and respectable way.

I am deeply grateful to Outlander and those who worked so hard on the series who chose to show this scene in such a way because it very well could’ve been disrespectful or not shown at all.