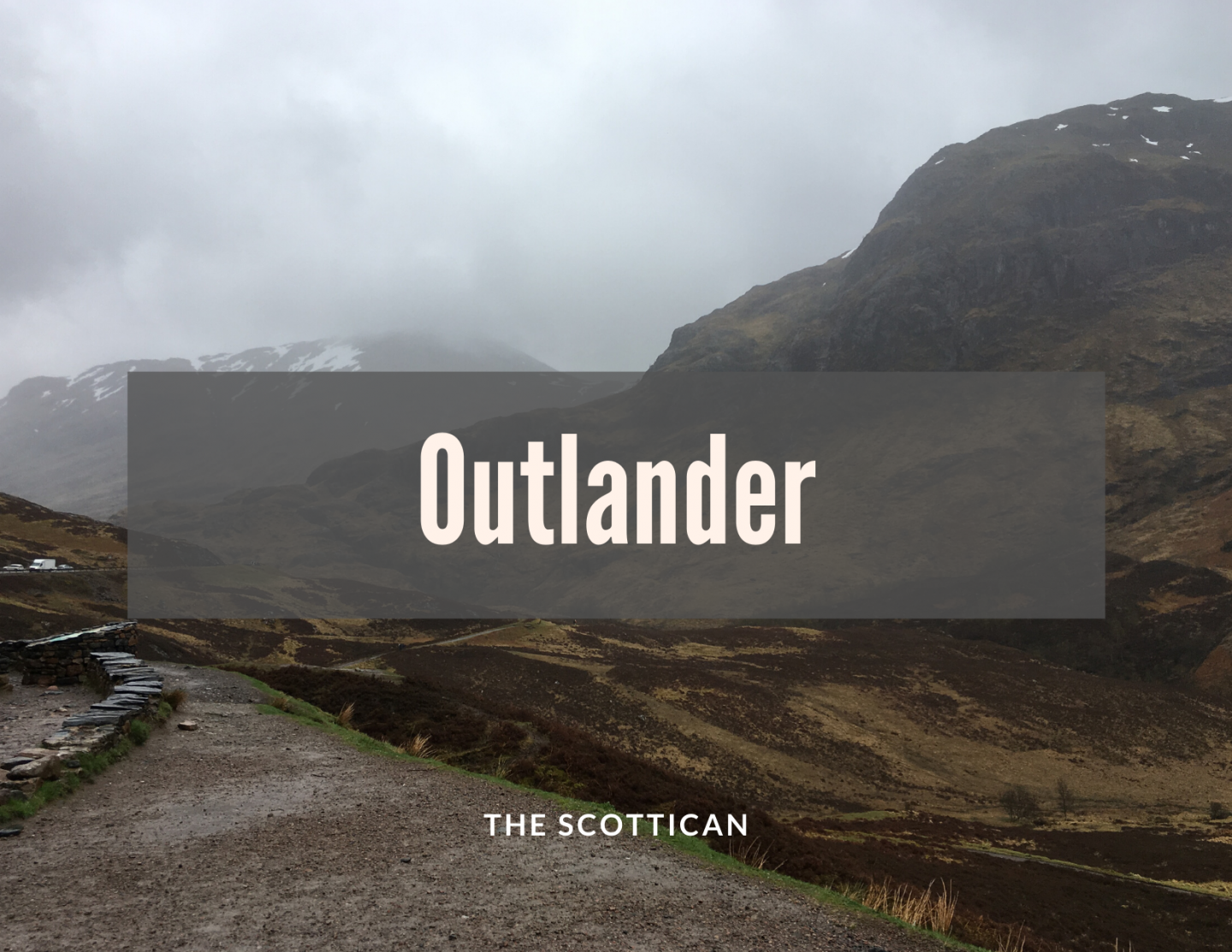 As much as my love for Scotland isn’t about Outlander, I think Outlander‘s become such a big hit and has really made Scotland more visible to the world, I can’t really have a website about Scotland without mentioning Outlander. (Man, could I say Scotland or Outlander more in that sentence? Might as well).

I’m not going to delve into my own personal thoughts on Outlander in this entry; I’m going to save that for another post. Here, I just want to talk about the show, what it’s about, the success its seen, and what that’s done for Scotland.

For those who aren’t familiar, Outlander is a book series written by Diana Galbaldon that truly an epic series—it’s more than 8 books long at this point, with several other books written from the point of view of other characters as well. It tells the story of a woman, Claire, who lives in the 1940s, but travels back in time to the 1740s Scotland.

At its heart, the Outlander series is a romance novel, focusing on the love between the two main characters—Claire and Jamie—and expanding to include the romances between other characters as the series progresses into further books.

At least, that’s where it seemed to be going when I stopped reading the series. I read through the fourth book in the series, Drums of Autumn, but I could not finish the fifth book, The Fiery Cross. By that point in the series, it did seem like the books were also expanding to include the romances and familial stories of several characters, as opposed to focusing solely on Claire and Jamie. So at its root, Outlander is a romance novel.

However, it also contains a lot of history and even dips into light sci-fi, with the time travel aspect—though I personally would argue it’s less sci-fi, and more spiritual in a sense, considering she travels through time via standing stones, which are considered powerful relics by pagans, both in real life and in the story when she and her husband witness Druids dancing around the stones at Samhain.

The show has been a massive hit since its first airing back in 2014. Fans of the books had been waiting for years for the series to come to the screen in some way, so when it finally came to life, there was a lot of hype and excitement.

And for good reason, too. The acting in the show is great, with the two leads having awesome chemistry—which is vital to any romance—but the two actors stand out on their own as well. Both Caitriona Balfe (Claire) and Sam Heughan (Jamie) have had to act out some intense scenes beyond just love scenes, and both are deserving of praise.

They’ve also had a tremendous supporting cast, and wonderful material to work with—and it seems like the writers have put a lot of effort in to make the show as accurate to the history as possible. During a guided tour of Stirling Castle, it was mentioned that Outlander actually did a decent job at accurately portraying the Battle of Culloden, so the show has made attempts to be factual and honest in its portrayals, which I think is important; so many historical dramas, shows, and films take liberties and remove some of the realism, which distances people from history, and sometimes seeing the actual history, portrayed with perhaps fictional characters to create tension, drama, or humor, can make us viewers feel like we’re gaining something more than just a good story.

Outlander has been an immediate success, now currently preparing to release its fifth season. Seasons 1-3 saw the show regularly set in Scotland, and filming was done in Scotland as well.

This alone brought business in for local industries and services, but it also helped spark a renewed interest in Scotland as a whole. People who are fans of the show are now equally interested in seeing the places that feature in Outlander. Many touring companies have added an Outlander tour to their schedules, which takes tourists to different locations used in the filming of the show.

It’s even allowed for some extras on the show to develop their own work, promoting Highland life and culture while giving Scottish tours. Highlander Tours is run by Andy the Highlander, who acted as one of Jamie’s Highlanders, and in addition to hosting these tours, he also continues acting and sharing information on the Highland way of life.

So the biggest things that Outlander has brought to Scotland is sight and opportunity, both of which are important, especially if it brings in more business to Scotland, which I feel it has.

I’m hopeful myself to take one of the 1-day Outlander tours offered by a bus touring company to get an idea of what’s it like and to see what those filming locations are like, and when I do, I’ll definitely report back here!