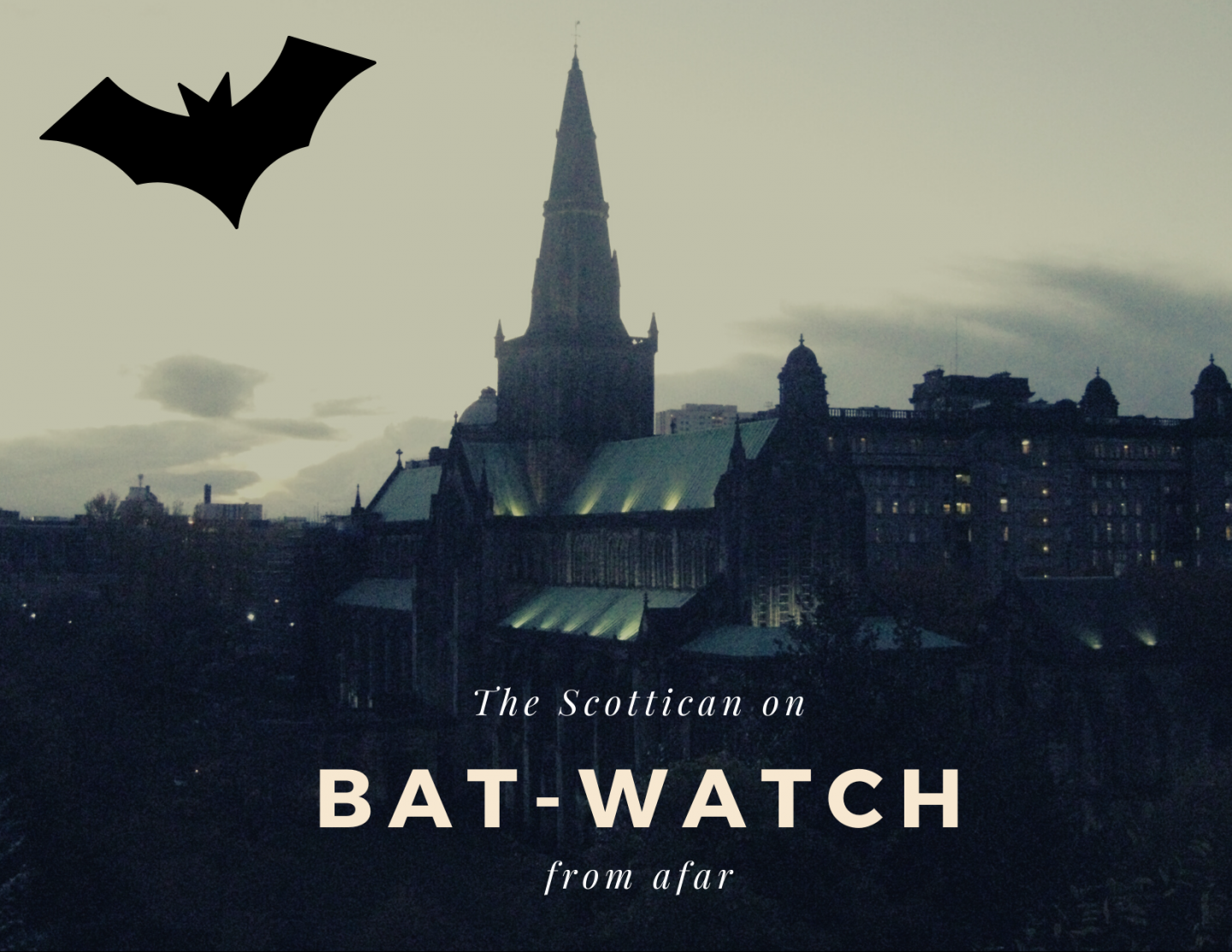 Back when the news was first announced in January, I made a post about Glasgow being casted as the new Gotham, and while I’ve shared some more new posts I’ve seen about it on my Facebook page since then, I thought it was time for another update on the website.

Because, ye see, filming starts THIS WEEKEND! Sections of Glasgow are being closed off for filming, and there’s even some reports of what may be seen on-screen.

And, no, I’m definitely not upset that all this is happening and finishing the day before I get out to Scotland. It’s totally fine.

According to Glasgow Live, they’re set to start filming at 3pm on 21 February, and finish around 12am 24 February (technically 23.59 on 23 February, but it’s close enough, isn’t it?)

It’s looking like a lot of the areas that will be closed off are around the Glasgow Cathedral and the Necropolis area. Ladywell Street is one road that’s sectioned off, and that’s just outside the Glasgow Necropolis (it’s the street that the Ladywell, which I mentioned in “Find Me By the Stones” story in To Scotland, is on).

Other areas closed off include Cathedral Square, Drygate, Wishart Street, and John Knox Street, all within close proximity to the Cathedral itself. I’ve made a map below for reference.

There are restrictions on waiting, loading, and unloading between 1 and 2, Wishart Street between Warnock and John Knox, and on 3, Ladywell Street, from 21-23 February.

From 22-23 February, the same 1 through 2 spot and also the street between 4 and 2 (the curved road marked with the Saltire blue bat) are closed for driving.

Finally, from about 10am on the 22nd through the finishing time on the 23rd, Cathedral Square (marked with the red pointer), and Drygate at John Knox (5) will have traffic management occurring.

Well, some rumors have come out that it’s possible we’ll see an explosion in the new Batman film, and perhaps that explosion will take place at the very cathedral?

According to Glasgow Live, this comes from a few different sources. One from Cardington Sheds, which has hosted shoots for different films, including the upcoming Batman film, where reports seem to indicate that a replica of Glasgow Cathedral was made.

Further, it seems that there have been a lot of extras in funeral attire, and some even told of a big disaster or explosion occurring.

And, as shown in the map above, it seems like most of the filming taking place in Glasgow will be near to the Cathedral itself (again, the Cathedral is the unnumbered bat), so you can see how some of these pieces are fitting together!

How would you feel seeing Glasgow Cathedral—acting as a stand-in for some major Gotham City building—explode on the big screen?

Glasgow Live: Rumours surface that Glasgow Cathedral will be ‘blown up’ in The Batman film
Glasgow Live: Road restrictions issued as new Batman movie to be filmed in Glasgow this weekend