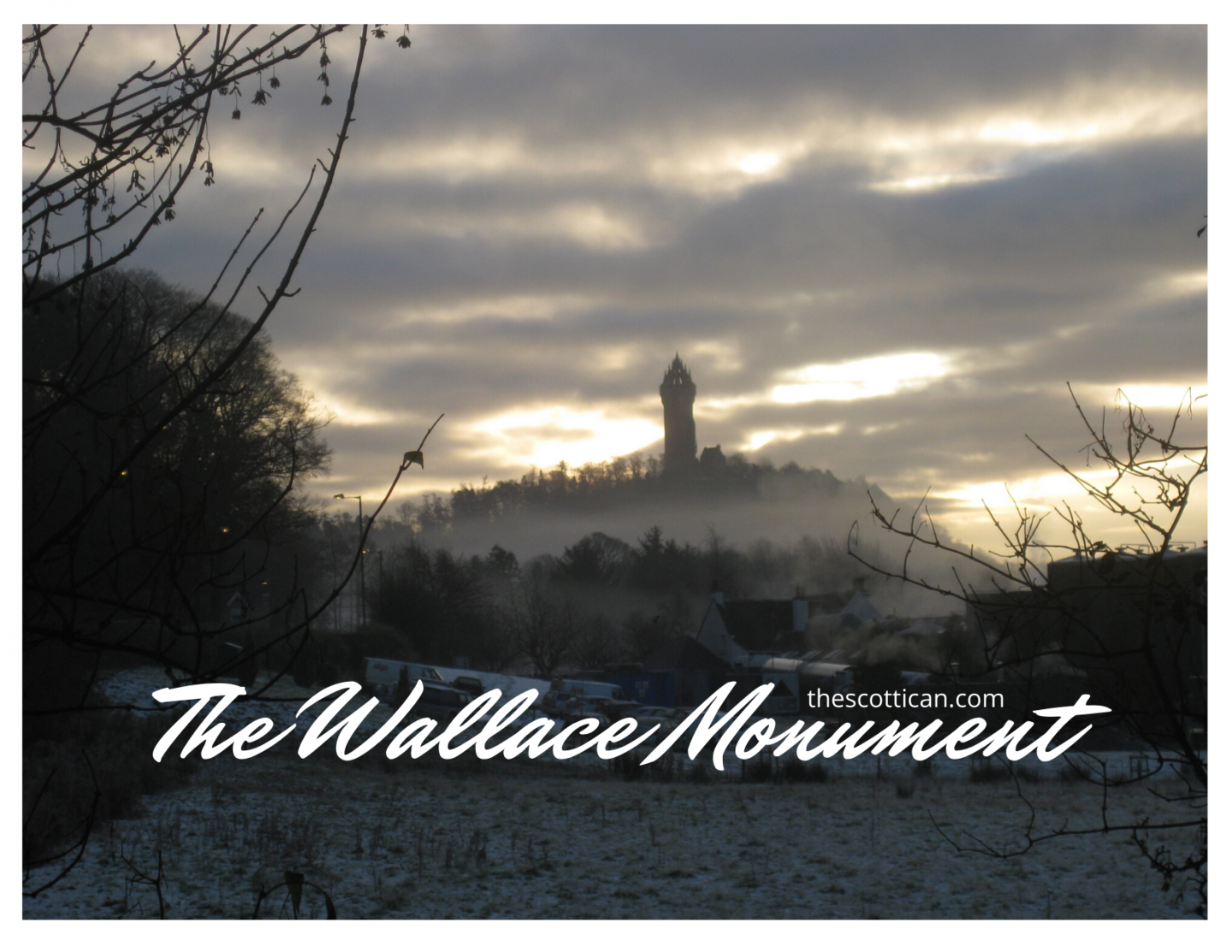 This was originally part of my post on Stirling, because obviously it’s a big site to see in Stirling. But this section was so long that I felt it deserved its own post. So here’s my more detailed information about the Wallace Monument.

The Wallace Monument is probably the greatest focal point in Stirling. So recognizable and amazing to see as it climbs above the surrounding scenery. It was both comforting and inspiring to see the monument standing proud and tall every day as I walked to class.

But it was equally weird and eerie on the days when fog was so thick, it swallowed the monument completely. The mist in Scotland does not play around.

While the Wallace Monument is gorgeous to view from afar, there’s also a lot of history within as well. You can climb to the top of the monument, though I recommend caution: the staircase to climb is VERY tiny. Probably tinier than you are imagining. If you’re claustrophobic, this is very important to consider.

There are separate rooms throughout the monument climb, so it’s not a straight climb to the top. The Hall of Arms talks about who William Wallace was and how he rose in fame. It does so realistically, so rid yourselves of the image of Mel Gibson in blue facepaint, yelling FREEDOM. OH! And don’t forget to check out Wallace’s sword as this level as well—it is MASSIVE!

After another round of stair-climbing, the Hall of Heroes is next. This level features busts and stories of famous figures throughout Scottish history. Some of these figures include Robert the Bruce, Sir Walter Scott, and Robert Burns, to name a few.

The top level is the Royal Chambers. Here, you can find artifacts, information, and key figures from the Battle of Stirling Bridge, a battle which Wallace himself fought. There’s also a fun activity to do in this room: you can design your own Coat of Arms, and take a picture of yourself with your design on it! Sadly, I don’t have a picture of my own Coat of Arms (YET), but it’s a fun addition to the museum.

Then your last flight of stairs will bring you to the Crown. And when you get to the top, it’s important you not be afraid of heights. See my photos, as they look down over Stirling city from the top. Yes, we did make it!

After taking countless pictures from the top—because I don’t think you could NOT take pictures of that view—be careful climbing down the staircase again. Remember: as you’re climbing down, others are climbing up—which makes for some really awkward stairway passes if there isn’t a room to jump into. Get ready to get up close and personal with your stairway buddy!

There’s also a gift shop to purchase souvenirs if you like and a spot to grab some tea or a snack.

The last thing I want to mention for this particular site is that it’s a bit away from Stirling Castle. If you’re going into Stirling to tour around, you’d have to leave the city centre area in order to get to the Wallace Monument. It’s not too difficult to get to, but it is something you have to plan for if you want to see it, the castle, the church, Argyll’s Lodgings, etc, all in one go.

Is it doable? Yeah, but it’s cramming a lot into one day and it limits the time you can spend in each area. I would advise starting at the Wallace Monument, then make your way back to Stirling city centre afternoon touring. Plan accordingly is my best advice, and if you’re looking for more detailed info on that, let me know!