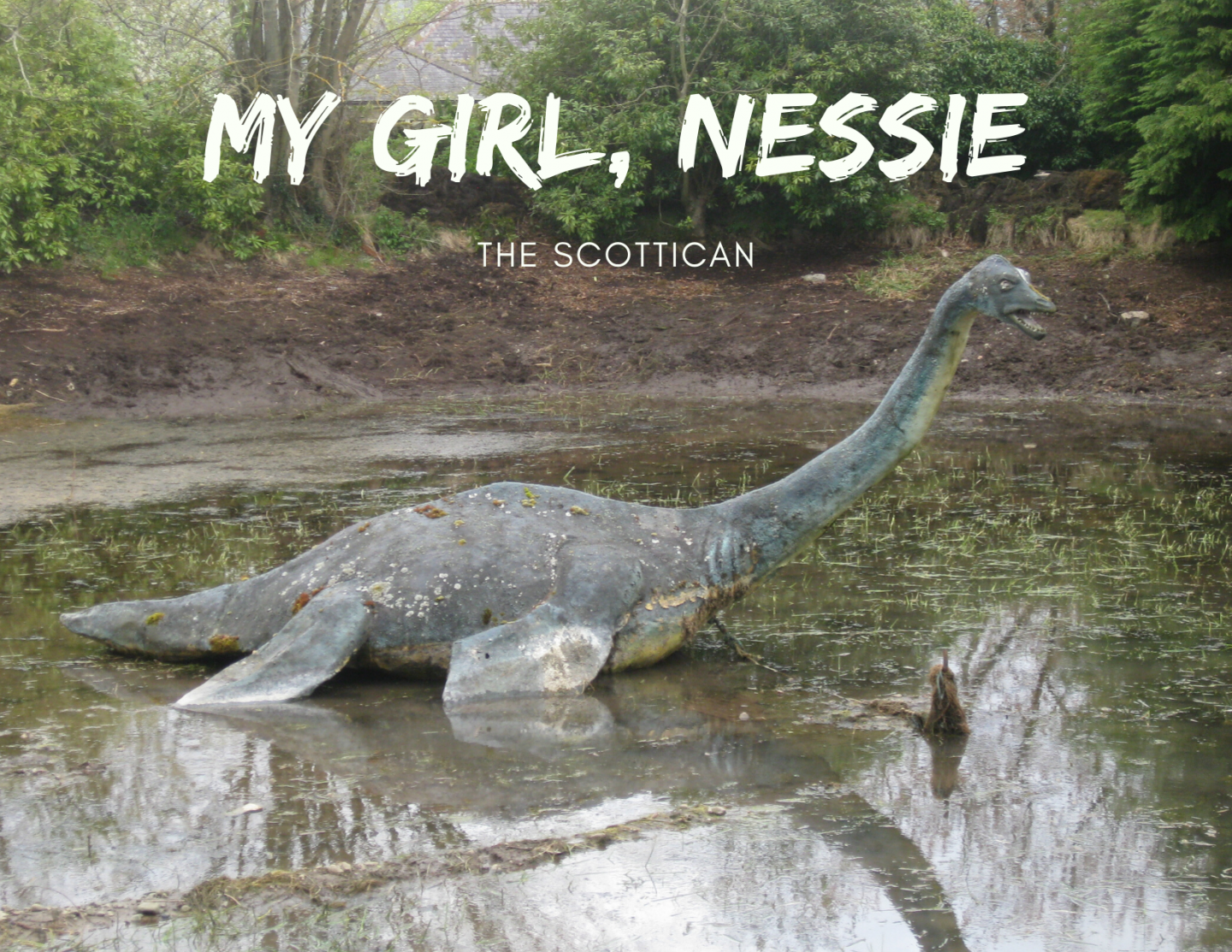 I love my girl, Nessie. I’ve loved her ever since I was a kid and I first heard stories about her. I still remember a dream I had about her when I was a kid. I remember seeing her in a series of underwater caves, and then later in the dream, I was looking out a window at Loch Ness on a night when a storm raged, and from the flashes of light, I saw her head peak out of the waters, until all of her was revealed as she chased down a flock of ducks sitting in the water.

My girl’s a badass.

I say that it was Outlander that made me want to visit Scotland, but that’s not true. It was Nessie. Nessie, who inspired and enthralled my childhood and sent my imagination and wonder alight. Nessie made me want to be in Scotland, while Outlander just brought Scotland back to my mind when I was old enough to be able to go on my own.

So, yeah, I believe in the Loch Ness Monster.

Which will make many roll their eyes, or make even more unkind accusations.

I know the logistics. I know the likelihood. I know that the most famous picture in the world is fake—and I’m sick to death of hearing about it. The surgeon’s photo being the most famous one, with the silhouette of the neck coming out of the water in black and white. Yes, I know it’s fake. It’s been debunked for years, and it’s the first thing I hear whenever I mention the Loch Ness Monster to people. I know; let’s move on from the Surgeon’s Photo.

I say all this to stress I know it and have heard it all—but I still choose to believe in the Loch Ness Monster.

Well, first and foremost, life is short and we should have some fun with it, but also because we lose that sense of magic and mystery and wonder in our lives after we grow out of childhood. We don’t necessarily do it deliberately, but it seems to be a universal fact. And I find that sad.

For me personally, Nessie has symbolized that very belief in magic in the world, that there is wonder and excitement, and mystery in the world. That there is more to explore and learn and understand, and that we human beings still don’t have all the answers—the fact that our oceans remain pretty unexplored is evident that we don’t know all there is to know.

Further, because I adored the Loch Ness Monster as a child, she represents a piece of my childhood—which is very much connected to that belief in magic and mystery in the world. I think about Nessie and I think about the child I was before who loved the idea that a plesiosaur lived in a loch in Scotland, and it’s a belief I want to hold on to so that I can honor my own inner child.

But considering stories have been told about a “water beast” living in either Loch or the River Ness for as far back as 565AD—with Saint Columba supposedly banishing the creature back to the depths to do no harm—I’d find it hard to blatantly deny any possibility of something living in Loch Ness since this shows sightings didn’t just occur in the 1930s and beyond.

No matter what, I adore Nessie—even if it turns out she’s not a plesiosaur, I’ll love her all the same.

(As a disclaimer for myself: All this being said, I don’t believe that means we should be teaching about her in schools as evidence against evolution)