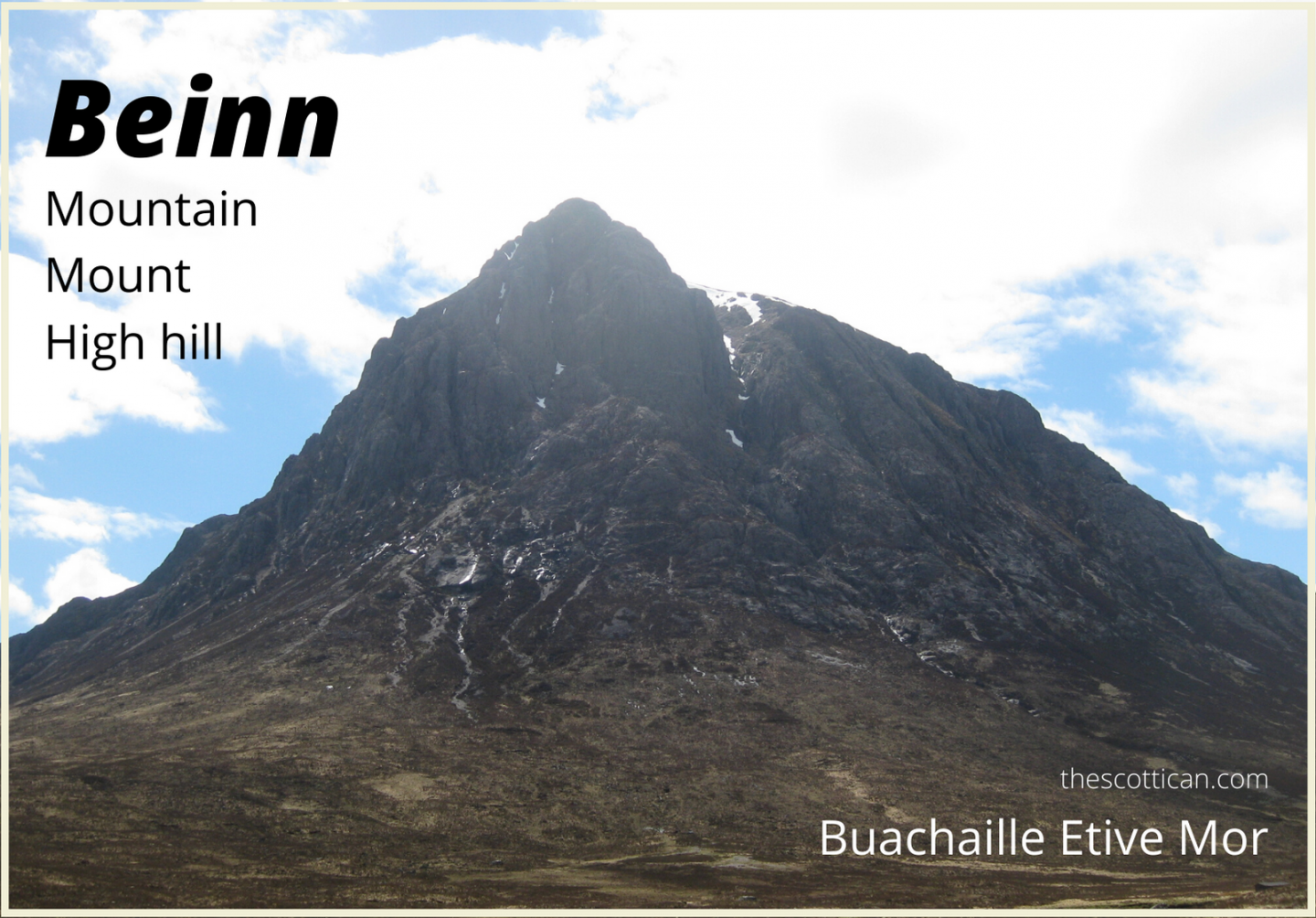 Admittedly, this one might not seem like a “fun” word, but this is related to place names in Scotland.

Beinn (pronounced “ben”) can either be a mountain, used like the title of “mount”, or it can mean high hill.

With that—and with knowing there are a number of hills in Scotland with “Ben” in its name—you can see where the origin of the name.

I find this one a little fun because of the definition being both mountain and hill. People hear a lot about Scottish hills, but might not realize that Scotland’s hills are the equivalent of mountains. In being from the States, I know I thought it ridiculous that these peaks were called “hills” when I saw—and experienced—how challenging of a hike they could be. By American standards, they’re definitely mountains!

But think of beinn next time you see Ben Nevis, Ben A’an, Ben Lomond. That shortening of the word is still very connected to the original Gaelic; seeing its presence before another name will let you know exactly what it is: a high hill or mountain.

That being said, there are a few hills in Scotland that do not have “Ben” in front of its name, such as Braeriach, the Cairn Gorm, or even Arthur’s Seat. But it’s still a fun tidbit to think about when you’re looking up, or at, the hills of Scotland.